“Real Orthodox Jews are ready to acknowledge that European Jews who dominate European and American Policy, are not Jews by origin, they are adoptive Jews, originally of Warmongering Mongolian Turkuk descent from Khazaria, now called Georgia.

Russia invaded & took it over in 12th Century, which ties in with the exodus resulting in the infiltration into western Europe, and their subsequent usurping of all power.

In other words, Camel Attaturk & Taras Bulba have taken over the world in the name of Rothschild, Guggenheim, Oppenheimer and so on, including blending in using western names to conceal their identity.” 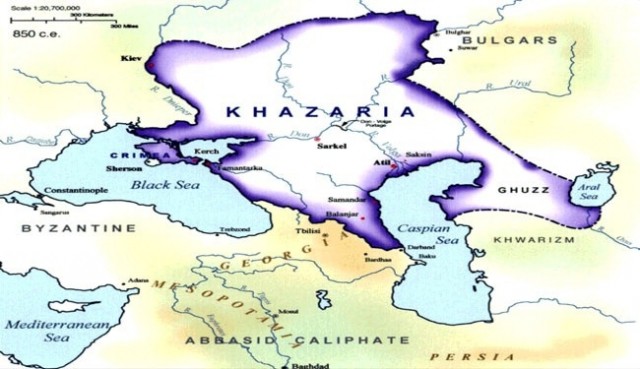 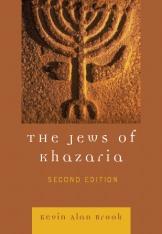 The Jews of Khazaria

“Physician, diplomat and patron of Jewish learning in Spain. Hasdai served under two Cordova caliphs, and carried out important diplomatic missions. A famous scholar, he surrounded himself with learned Jews of his day and sponsored important literary works.

“With him, it is said, was inaugurated the Golden Era of Jewish literature in Spain…Hasdai’s name is particularly remembered in connection with his correspondence with Joseph, king of the Khazars, who embraced Judaism.”[1]

It also states that there is a story about “the Khazars and their king Bulan” converting to Judaim in 740.[2] Then we find this. The Khazars are

“A Mongolian people who embraced Judaism and flourished from the 8th through the 10th centuries on the territory extending between the Don and the Volga rivers, and the shores of the Blacks, Caspian and Azov Seas.

“The story of the existence of such converts to Judaism reached the Jewish statesman Hasdai ibn Shaprut of Cordova in the 10th century. As a result, Shaprut wrote a letter which was ultimately received by Joseph, king of the Khazars, with the help of Jewish tradesmen from Germany and Hungary.

“In his reply King Joseph gave a detailed account of the history of the kingdom of the Khazars and their conversion to Judaism. Bulan, the pagan ruler of the Khazars, in his desire to embrace the ‘true religion’ had summoned representatives of the Christian, Moslem and Jewish faiths to expound their views on the superiority of their respective religion.

“Bulan thus became convinced of the truth of the Jewish faith, and he, as well as many of his noblemen, embraced Judaism, which later spread widely among the common people of the Khazar kingdom…

“The story of the mass conversion of the Khazars to Judaism was used by Judah Halevi as background for his philosophic work the Kuzari, designed as a defense of the Jewish faith.”[3]

The New Jewish Encyclopedia moves on to say that Khazarian “Jews” spread across Europe, and some moved to places like Poland.[4] “During that early period Jews seemed to have enjoyed a privileged status, evidenced from current tales about a Jewish king in Poland, and from the fact that some polish coins had Hebrew inscriptions.”[5]

Those people, we are told, also had a powerful influence in places like Romania and Russia in the 8th century and beyond. “Jews came to Russia as early as the 9th century from the kingdom of the Khazars, and later from Crimea, Ukraine, Lithuania, Poland, Galicia, and Bessarabia, which had at different periods been under Russian rule.”[6]

Sad to say, much of the modern Jewish literature, with a few exceptions, do not cite standard reference work or primary sources when it comes to dealing with this very specific issue. A classic representative of this would be Steven T. Katz.

Instead of looking at works such as the Jewish Encyclopedia and interacting with the serious argument, Katz argues that the Khazar theory “has been an influential theme among American anti-Semites since the immigration restrictionists of the 1920s…”[7]

Katz—who believes that “the word ‘genocide,’ if correctly understood, could be applied only to the travail of European Jewry in World War I”[8]—briefly mentioned Arthur Koestler’s The Thirteenth Tribe.

Yet Katz never pointed out that the Jewish Encyclopedia was published one year after Koestler was born, which is to say that Katz should have dealt with the  arguments presented in that reference work first! Sadly, he never did. Therefore it is a categorical and historical mistake to postulate that Koestler was the progenitor of the Khazarian theory. He just popularized it.

In the oldJewish Encyclopedia, which provides a lengthy bibliography, we read in part:

“According to A. Harkavy (“Meassef Niddaḥim,” i.), the conversion took place in 620; according to others, in 740. King Joeph, in his letter to Ḥasdai ibn Shaprut (about 960), gives the following account of the conversion:

“”Some centuries ago King Bulan reigned over the Chazars. To him God appeared in a dream and promised him might and glory. Encouraged by this dream, Bulan went by the road of Darlan to the country of Ardebil, where he gained great victories [over the Arabs].

“‘The Byzantine emperor and the calif of the Ishmaelites sent to him envoys with presents, and sages to convert him to their respective religions. Bulan invited also wise men of Israel, and proceeded to examine them all.’

“‘As each of the champions believed his religion to be the best, Bulan separately questioned the Mohammedans and the Christians as to which of the other two religions they considered the better. When both gave preference to that of the Jews, that king perceived that it must be the true religion. He therefore adopted it.’

“This account of the conversion was considered to be of a legendary nature. Harkavy, however (in ‘Bilbasov’ and ‘Yevreiskaya Biblioteka’), proved from Arabic and Slavonian sources that the religious disputation at the Chazarian court is a historical fact.

“Even the name of Sangari has been found in a liturgy of Constantine the Philosopher (Cyrill). It was one of the successors of Bulan, named Obadiah, who regenerated the kingdom and strengthened the Jewish religion.

“On the whole, King Joseph’s account agrees generally with the evidence given by the Arabic writers of the tenth century, but in detail it contains a few discrepancies.”

You can dismiss all this evidence as sheer nonsense, but let us be clear: a flood of historical scholarship has pointed to that conclusion in one way or another.[9]

“The Khazars underscored their allegiance to the Jewish faith by adopting the Hebrew script and Hebrew personal names,” says historian Kevin Alan Brook, “even to the extent of naming some of their children after Jewish holidays such as Pesach and Hanukkha.”[10] 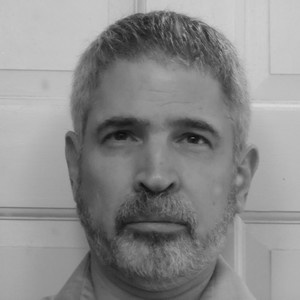 “It is well known that, sometime in the eighth to ninth centuries, the Khazars, a warlike Turkic people, converted to Judaism and ruled over a vast domain in what became southern Russia and Ukraine.

“What happened to them after the Russians destroyed that empire around the eleventh century has been a mystery. Many have speculated that the Khazars became the ancestors of Ashkenazi Jews…

“Until now. In 2012, Israeli researcher Eran Elhaik published a study claiming to prove that Khazar ancestry is the single largest element in the Ashkenazi gene pool. Sand declared himself vindicated, and progressive organs such as Haaretz and The Forward trumpeted the results…

“Israel seems finally to have thrown in the towel. A blue-ribbon team of scholars from leading research institutions and museums has just issued a secret report to the government, acknowledging that European Jews are in fact Khazars. (Whether this would result in yet another proposal to revise the words to “Hatikvah” remains to be seen.).”

“Having heard of the report, Netanyahu said off the record:

“We first thought that admitting we are really Khazars was one way to get around Abbas’s insistence that no Jew can remain in a Palestinian state. Maybe we were grasping at straws. But when he refused to accept that, it forced us to think about more creative solutions.

“The Ukrainian invitation for the Jews to return was a godsend. Relocating all the settlers within Israel in a short time would be difficult for reasons of logistics and economics. We certainly don’t want another fashlan like the expulsion of the settlers in the Gaza Hitnatkut[disengagement].”[11]

Some have dismissed all this research by saying that DNA evidence shows that the Khazarian theory is false. What those people will never have the courage to say is that a large section of the so-called DNA evidence has been shown to be false[12] and that other extrapolations which are built on the same hypothesis are simply functions of the Talmudic literature, which rabbis have propounded for years. This is why rabbis can say things like,

“the body of a Jewish person is of a totally different quality from the body of (members) of all nations of the world…A non-Jew’s entire reality is only vanity.”—Rabbi Menachem Mandel[14]

“The body of a Jewish person is of a totally different quality from the body of [members] of all nations of the world…The Jewish body ‘looks as if it were in substance similar to bodies of non-Jews,’ but the meaning…is that the bodies only seem to be similar in material substance, outward look and superficial quality.

“The difference of the inner quality, however, is so great that the bodies should be considered as completely different species. This is the reason why the Talmud states that there is an halachic difference in attitude about the bodies of non-Jews [as opposed to the bodies of Jews] ‘and their bodies are in vain…’”—Rabbi Schneerson[15]

The laughable thing about this whole issue is that the people who believe that Jewish behavior is genetic argue that those Rabbis and Talmudic literature are liars and racists! Which is it?

I pointed out a few months ago to a proponent of the genetic theory that if Jewish behavior is primarily about DNA—which by the way is what the rabbinic literature propounds—then one must go all the way. That is, on what rational basis can we say that the same rabbinic literature is wrong when it postulates that the Goyim are just beasts? Are we not playing dice with the enemy when we are adopting their fraudulent and unnecessary theories?

I also pointed out that the rabbinic literature makes a diabolical case for killing the Palestinians, since they argue that “Jews” were in Palestine in the first place.

Because the idea that Jewish behavior is genetic is like a house full of smoke, which can suffocate and assault a serious thinking person. It is filled with contradictions and no apologist has ever bothered to explain those contradictions.

[7] Steven Katz, The Paranoid Apocalypse: A Hundred-Year Retrospective on the Protocols of the Elders of Zion (New York: New York University Press, 2012), 165.