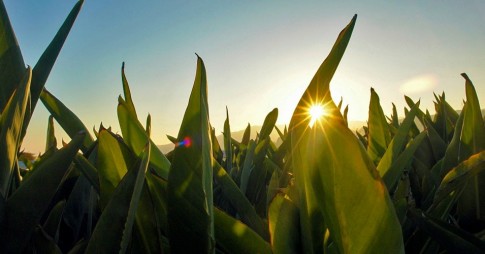 About 70 percent of the world’s poor are farmers, and to raise them out of poverty requires access to basic resources such as fertilizer, water, and the infrastructure to properly store or transport crops to market—not expensive, resource-intensive GMO seeds. (Credit: La Montañita Co-op)

About 70 percent of the world’s poor are farmers, and to raise them out of poverty requires access to basic resources such as fertilizer, water, and the infrastructure to properly store or transport crops to market—not expensive, resource-intensive GMO seeds. (Credit: La Montañita Co-op)

The biotechnology industry “myth” that feeding billions of people necessitates genetically engineered agriculture has been debunked by a new report out Tuesday by the nonprofit health organization Environmental Working Group.

The report, Feeding the World Without GMOs (pdf), argues that investment in genetically modified organisms, or GMOs, has failed to expand global food security. It advocates more traditional methods “shown to actually increase food supplies and reduce the environmental impact of production.”

Over the past 20 years, the report notes, global crop yields have only grown by 20 percent—despite the massive investment in biotechnology.

On the other hand, it continues, in recent decades “the dominant source of yield improvements has been traditional crossbreeding, and that is likely to continue for the foreseeable future.”

As the report states, “seed companies’ investment in improving yields in already high-yielding areas does little to improve food security; it mainly helps line the pockets of seed and chemical companies, large-scale growers and producers of corn ethanol.”

Alternately, the report recommends a number of “common sense” strategies for expanding the global food supply, including: implementing a smarter use of fertilizers, eliminating bio-fuels, eliminating food waste, and cutting global meat consumption in half. Producing meat requires huge quantities of often-genetically modified crops such as corn and soy for animal feed.

Further, the report points out, “the narrative that GE crops will help feed the world ignores the fact that hunger is mostly the result of poverty.”

About 70 percent of the world’s poor are farmers, report author Emily Cassidy writes, and to raise them out of poverty requires access to basic resources such as fertilizer, water, and the infrastructure to properly store or transport crops to market—not expensive, resource-intensive GMO seeds.

In a blog post on Wednesday, Cassidy writes: “Given that creating just one genetically engineered crop variety can cost upwards of $130 million, you’d think Big Ag companies would invest in strategies that have been proven to work and less on GMOs that may not even increase crop yields. But what corporations really care about is increasing their profits, not feeding a hungry world.”