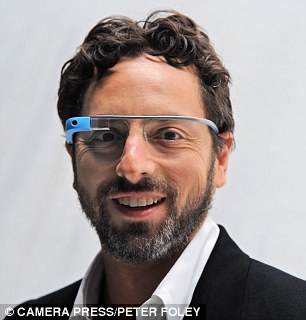 – Could humans one day live to 500? That’s what a group of eccentric billionaires believe – and they’re spending fortunes on the research they hope will make it possible (April 2, 2015):

The ancients believed in a magical elixir, a potion that would grant what man most desired — eternal life.

Chinese emperors chased the dream by consuming long-lasting precious substances such as jade and gold, often with fatal effects.

Elizabeth Bathory, a 16th-century Transylvanian countess dubbed Lady Dracula, made an even more drastic attempt to conquer death, by bathing in the blood of young girls.

One infamous scientist, meanwhile, would inject himself with a concoction that contained dog semen, testicles and blood. At least he didn’t have to drink it, unlike those Jamaicans who followed their country’s secret recipe for longevity — tortoise scrotum soup.

Today, the quest to prolong human life indefinitely still obsesses the rich and powerful. Indeed, the head of internet giant Google’s multi-billion-dollar investment arm announced that he believes it is possible to live to 500.

‘We have tools in the life sciences to achieve anything you have the audacity to envision,’ said Bill Maris. ‘I just hope to live long enough not to die.’

In his industry, Maris is far from alone in harbouring the conviction that galloping advances in science and technology may soon overturn the one thing, apart from taxes, of which we are certain — for now.

Led by the phenomenally wealthy Google, whose co-founder Sergey Brin talks of one day ‘curing death’, America’s tech moguls are quietly ploughing billions of dollars into researching how we can defeat the ageing process.

Some are driven by a genuine if questionable desire to help mankind, some by personal loss, and others by the fear of dying.

Money, too, is a motivator. If anyone does find a way of allowing us to live for decades or even centuries longer, they would stand to become exceedingly rich.

Nor is the prospect as outlandish as it may seem.

It’s easy to laugh at these rich techie types who think they can ‘solve’ ageing as if it were another computational puzzle.

With software mogul Larry Ellison calling it ‘incomprehensible’ that people accept death as inevitable, they can seem to be in the grip of a communal mid-life crisis.

But the first person who will live to 1,000 has already been born, according to British gerontology theorist Aubrey de Grey. He believes such longevity will be achieved by genetically engineering the cells of our body to avoid the ageing process.

Before you scoff, scientists have already managed to dramatically increase the lifespans of worms, flies and even mice in this way.

We need to stop thinking that ageing is inevitable, says De Grey, and view the body like a vintage car: maintained properly, it can keep on going indefinitely.

Peter Thiel, the co-founder of the internet payment service PayPal, has given him $3.5 million (£2.3 million) towards his work in this field.

Other scientists dismiss all this as lunatic nonsense which hijacks research funds that could be far better used elsewhere.

For example, Sir Colin Blakemore, former chief executive of the British Medical Research Council, insists there is an upper limit to how much the human body can age — and thus how long we can live.

He puts that boundary at 120 years, primarily on the grounds that hardly anyone has ever survived longer.

Yet research centres with some of the world’s finest scientists are already working on ever more outlandish ways of extending our lifespan, from genetic engineering, to using microscopic robots to tackle failing cells, to replacing body organs with robotic or cloned versions, to — perhaps most startling of all — plans to ‘upload’ the human consciousness into machines.

Of course, all of this frenetic activity raises a mountain of ethical issues.

How much will it all cost, and will the quest for immortality divert resources away from research into everyday sickness and disease? What are the implications for our already overcrowded planet? And if the robotic techniques do work, will we still be human — or more machine? More fundamentally, though a few pampered billionaires can’t imagine their wonderful lives ever ending, do the rest of us want to go on for ever?

In films and books, we have a name for those who do just that, complaining about the loneliness and monotony of eternal life. They’re called vampires.

– How To Avoid Diseases Of Civilization: The Scientifically Proven Secrets Of the World’s Healthiest And Longest-Lived Peoples: 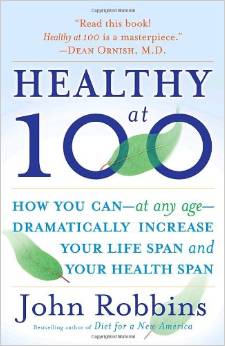 @Amazon.com: Healthy at 100: The Scientifically Proven Secrets of the World’s Healthiest and Longest-Lived Peoples

1 thought on “Could humans one day live to 500? That’s what a group of eccentric billionaires believe – and they’re spending fortunes on the research they hope will make it possible”