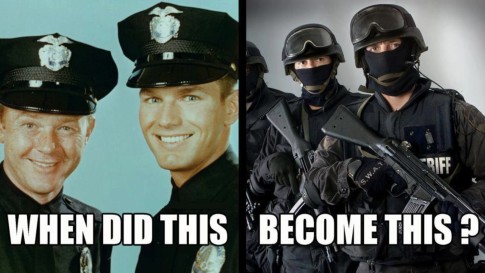 The following video of LAPD officers gunning down a homeless man in broad daylight is rightly getting a lot of attention. It’s not as if it was one officer dealing with a dangerous situation who panicked. There was a mob of police officers surrounding the victim, and rather than dealing with the situation like courageous, decent adults, they went ahead and treated the man like target practice.

As we see with oligarch theft, this is the sort of thing you can expect more of when certain above-the-law groups in society fail to be held accountable for their actions.