– Holder To Use Asset Forfeiture Seizure to Go After Guns:

– SocGen Explains That Since The ECB’s QE Will Fail, It Will Need To Be Increased To €3 Trillion, Include Stocks:

“The potential amount of QE needed is €2-3 trillion! Hence for inflation to reach close to a 2.0% threshold medium term, the potential amount of asset purchases needed is €2-3tn, not a mere €1tn. Should the ECB target such an expansion of its balance sheet, it would have to ease some conditions on its bond purchases (liquidity rule, quality…) or contemplate other asset classes- equity stocks, Real Estate Investment Trust-(REIT), Exchange-traded fund (ETF)…- as the BoJ, previously.”

Ferguson Mayor James Knowles told local FOX 2 anchors late on Monday night, November 25, 2014, that he had repeatedly requested the National Guard during the rioting and looting… But his requests were ignored by state Democratic leaders.

– ‘US government was subverting entire US constitution’ – NSA whistleblower:

Award winning whistleblower William Binney says his new job is to make the US government honest, make them face the truth publically, and to prevent further violation of the rights which America has never intended to stand for.

–  Congress alarmed by plans to use Russian system to route 911 calls:

Plans to route 911 location calls via Russia’s GLONASS satellite system have sparked national security concerns among some members of Congress, despite assurances that its use will be limited and it will help save lives in emergencies.

Not “unambiguously good” as Shale states see initial jobless claims spiking. Overall initial jobless claims missed expectations for the 4th week in a row, holding above 300k for the 3d week in a row (for the first time since July). At 307k, this week’s print is below last week’s but well above the 300k expectation. However, across TX, CO, ND, PA, and WV, initial claims (1 week lagged) rose to over 75k (from 30k in October)… “crisis has passed”?

– Baseless Accusations of Russian Troops in Ukraine by Stephen Lendman:

Big Lies repeated enough get most people to believe them. The power of repetition works.
Throughout months of Kiev instigated aggression on Donbas, Western officials outlandishly blamed Russia for their own wrongdoing.
…

– Israeli State Terror the Root Cause of Palestinian Blowback by Stephen Lendman:

– Another ‘Little Ice Age’ is on the way, says space scientist:

Blizzard conditions raged across Newfoundland and Labrador on Tuesday.

“Never before has it been measured so big snow so early in the year.”

– Fears for Siberia’s wildlife as heavy snowfall reaches depths of one meter:

Abnormally heavy snowfall is threatening to decimate much of Siberia’s unique wildlife including the rare Amur tiger,
…

“Under this expanded program, the combined monthly purchases of public and private securities will amount to €60 billion, intended to be carried out to 2016,” Draghi said Thursday. The bank will buy €1.14tn ($1.3 trillion) in government debt, a decision that will inject extra money into supply, spurring a devaluation in the currency.

Where has America gone? President Obama is about to give a State of the Union address this evening, but the real state of the Union is that under Presidents Bush and Obama, America has descended into a runaway police state where citizens are considered “subjects” who must kow-tow to corporate-sponsored agendas or face the wrath of the state.

In the short space of an hour – following weeks of battles and a recent standoff in Sana’a with Houthi rebels – all the well-laid plans of the US manipulators has gone astray:

This comes after signing a short-term peace deal following an admission that they had lost control. And with oil-prices plunging once again, which means social instability in the middle east is about to explode making the Arab spring of 2011 seem like child’s play by comparison, things around the globe are about to take a dramatic turn for the worse.

– RT cleared over coverage of MH17 crash reporting after complaints to Ofcom:

The UK’s media regulator has assessed whether RT’s coverage of the MH17 plane crash was biased following several viewer complaints, and hasn’t found any problems that merited investigation, nor any breach of standards.

“Davos Man… derives most of his income, directly or indirectly, from state patronage. Davos is a place where you see, in Marxist terms, is a gang of rentiers coming together to devise new means to live off the sweat of the workers… It’s like an Ayn Rand novel, where lobbyists reach cosy arrangements with each other in elliptical language.“

– More than a foot of snow in Amarillo, Texas: 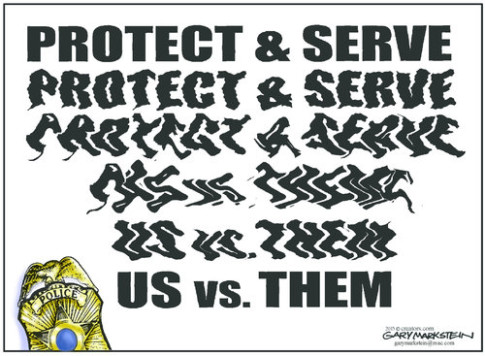 1 thought on “Global News: Holder To Use Asset Forfeiture Seizure To Go After Guns – Space Scientist: Another ‘Little Ice Age’ Is On The Way”