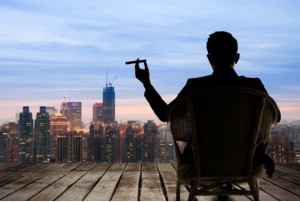 *DIMON SAYS `YOU DON’T WANT A WEAK JPMORGAN’ – or else

Jamie Dimon: Family first, country second, and JP Morgan- it’s the best I can do for this world. @jpmorgan $JPM

Such shameless insincerity would even make his Best Banker Buddy (BBB) Barry Obama blush. I don’t know about you, but I’m eagerly awaiting Mr. Dimon’s 2028 Presidential run with Chelsea Clinton as running mate.

But I digress. Just when you thought it couldn’t get any worse, it has. Enter billionaire Jeff Greene, who’s comments at Davos make Sam Zell look enlightened.

Billionaire Jeff Greene, who amassed a multibillion dollar fortune betting against subprime mortgage securities, says the U.S. faces a jobs crisis that will cause social unrest and radical politics.

“America’s lifestyle expectations are far too high and need to be adjusted so we have less things and a smaller, better existence,” Greene said in an interview today at the World Economic Forum in Davos, Switzerland. “We need to reinvent our whole system of life.”

Wait a minute, “we” need to reinvent our whole system of life? I’m curious, Mr. Greene, how specifically will YOU be adjusting your lifestyle expectations? I didn’t think so. Kindly shut the fuck up.

Greene, who flew his wife, children and two nannies on a private jet plane to Davos for the week, said he’s planning a conference in Palm Beach, Florida, at the Tideline Hotel called “Closing the Gap.” The event, which he said is scheduled for December, will feature speakers such as economist Nouriel Roubini.

Apologies, it appears when it comes to Jeff Greene, he is adjusting his expectations in the opposite direction, upward. Jewish Business News reports that:

Billionaire Jeff Greene really does believe that he can get $195 million for his California estate, which just so happens to be the most expensive listing for a residential property in American history.

The 59 year old made his money by betting against the subprime mortgage market that burst in 2008. But many observers think that the $195 million price tag on the Beverly Hills property is just a type of marketing gimmick and that Greene does not honestly expect to get that much money for it.

Greene dispelled these rumors in an interview with the New York Times. “When you consider the value of the land and the quality of the construction. $195 million is really quite reasonable,” he said.

Oh, but there’s more. When Mr. Greene had the audacity to run for the U.S. Senate in Florida back in 2010, salacious details about what went onboard his yacht came out. While I don’t care what he or his friends do in their spare time, this doesn’t seem to vibe with the idea of Americans lowering their lifestyle expectations, does it?

Working on Greene’s 145-foot Choy Lee yacht was like being “locked” in Studio 54 in its prime. It was nothing short of, “Sex, Drugs, and Techno Music.” Celebrities, “hired” party girls, mayhem, and debauchery. I saw more tits and ass in one night on Jeff Greene’s Summerwind than I have for the past seven years on South Beach.

Greene attempted to dispel reports of the alleged partying that went down on his boat earlier this week.

“When I’m on my boat, we’re kayaking, we’re scuba diving, there’s no wild parties,”said the Senate hopeful at a press conference. “I think that people are trying to associate time I’ve been on my boat when I’ve had some different kinds of colorful guests. They’re trying to associate me with that. But, look, I’m a 55-year-old man. I’m not a partier.”

The “colorful people” alluded to by Greene could include Lindsay Lohan, whoreportedly spent time on the yacht in St. Barth’s last New Year’s Eve, and former heavyweight champ Mike Tyson, who has reportedly partaken in vibrant festivities aboard the vessel.

Peach recalls, “Mike Tyson got on board sometime in late August. I particularly remember serving Tyson a vodka and Red Bull while he was receiving oral sex from a hired entertainer.”

“This [drug dealer] goes and gets me a big rock of cocaine,” he said. “So pretty soon I got a party going on. I got everything: I got these rugby players. I got these naked girls, I got all these … everything’s going on in the room.”

Now back to the Bloomberg article:

The billionaire said he’s planning on having dinner tonight with former U.K. Prime Minister Tony Blair, and will attend several private meals and parties throughout the week.

It’s no surprise that such a disingenuous guy would find the time to have dinner with Tony Blair, a celebrated crony capitalist and war criminal. Here are a few Tony Blair lowlights I have showcased previously:

Apparently, some lifestyle expectations are more equal than others.

Have a Nice Day: 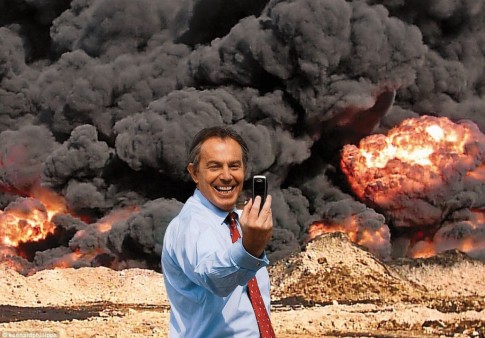