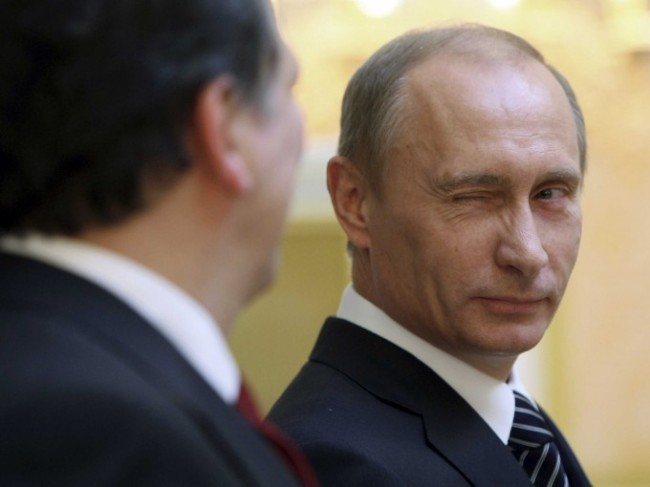 Russia plans to shift all its natural gas flows crossing Ukraine to a route via Turkey, a surprise move that the European Union’s energy chief said would hurt its reputation as a supplier.

Sefcovic said he was “very surprised” by Miller’s comment, adding that relying on a Turkish route, without Ukraine, won’t fit with the EU’s gas system.

Gazprom plans to deliver the fuel to Turkey’s border with Greece and “it’s up to the EU to decide what to do” with it further, according to Sefcovic.

Which, as The Daily Mail reports, has led to a major (and imminent) problem for Europe…

Russia cut gas exports to Europe by 60 per cent today, plunging the continent into an energy crisis ‘within hours’ as a dispute with Ukraine escalated.

This morning, gas companies in Ukraine said that Russia had completely cut off their supply.

Six countries reported a complete shut-off of Russian gas shipped via Ukraine today, in a sharp escalation of a struggle over energy that threatens Europe as winter sets in.

Bulgaria, Greece, Macedonia, Romania, Croatia and Turkey all reported a halt in gas shipments from Russia through Ukraine.

*  *  *
As Bloomberg goes on to note, Gazprom has reduced deliveries via Ukraine after price and debt disputes with the neighboring country that twice in the past decade disrupted supplies to the EU during freezing weather.

“Transit risks for European consumers on the territory of Ukraine remain,” Miller said in an e-mailed statement. “There are no other options” except for the planned Turkish Stream link, he said.

“We have informed our European partners, and now it is up to them to put in place the necessary infrastructure starting from the Turkish-Greek border,” Miller said.

Russia won’t hurt its image with a shift to Turkey because it has always been a reliable gas supplier and never violated its obligations, Russian Energy Minister Alexander Novak told reporters today in Moscow after meeting Sefcovic.

“The decision has been made,” Novak said. “We are diversifying and eliminating the risks of unreliable countries that caused problems in past years, including for European consumers.”

That helps to explain today’s epic meltup in NatGas futures…

“We do not understand how we will deliver gas to Europe. This means that in a few hours problems with supplies to Europe will begin.”

Check to you Europe (i.e. Washington)… Because it’s getting might cold in Europe…

(and bear in mind the consequences of cold, pissed off Europeans in the past).