I’ve alread posted the video, but thought it makes sense to post this article.

We are NOT Charlie! #FalseFlag

Also check out the links to the stories we covered.

I also did a special radio show on Charlie Hebdo, including a verbal battle with neocon propagandist Patrick Poole.

It took me about five minutes to figure out that the Charlie Hebdo shooting in Paris was probably a false flag. So I whipped out a quick blog entry that went viral (almost 15,000 reads in 24 hours).  Et voila: 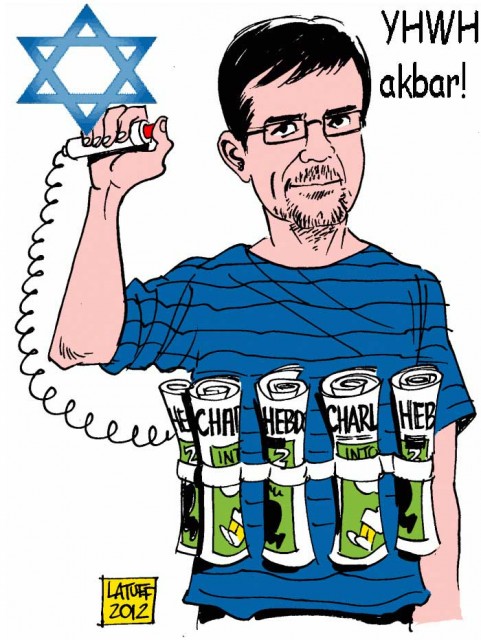 Just one month ago, France set off a stampede when its lower house voted to recognize Palestine. Now Palestine is in the International Criminal Court, poised to take down Israel for genocide.

Suddenly “Islamic terror strikes France.” Is Paris being punished for its pro-Palestine vote?

They had a camera well placed beforehand to film the attack.
They spoke perfect French
Killed with military precision.
Dressed in military style.
Killed from a target list.
Got away clean.
French President shows up afterwards and then convenes emergency meeting on what measures to enact.
Multiple shooters.
Could this be false flag from French Intel Agency?

Others are calling it a likely false flag here and here.

So far, it walks like one, it talks like one, and it perpetuates the 9/11 false-flag narrative about “radical Islam” like one. So I’m calling it a false flag until proven otherwise.

One thing I missed in the original blog post: The timing of the Charlie Hebdo event was suspicious, not only because it closely followed Netanyahu’s threat that France was making a grave mistake by supporting Palestinian statehood and unleashed pre-scripted Zionist talking points against France’s pro-Palestine position……But also because the Zionists are panicking at the success of European anti-New-World-Order parties in general, and the French Marine LePen/Alain Soral/Dieudonné contingent in particular. This event looks like it was orchestrated to use against Soral and Dieudonné, who had been obscenely attacked in Charlie Hebdo right before the big false flag.  Shortly after the Charlie Hebdo news broke, Zionist assets were already tweeting attacks on Soral and Dieudonné as if they were reading from the same pre-scripted list of talking points.Of the many suspicious bits of forensic evidence that Charlie Hebdo was a false flag, one of the most striking was the news that one of the alleged terrorists supposedly dropped his ID card at the scene of the crime! (Shades of Satam al-Suqami’s “magic passport” planted near the WTC rubble on 9/11.)

Then there are the video anomalies. Videos of the supposed execution-style slaying of a police officer don’t feature the blood or blast effects one would expect. VT Editor Gordon Duff has cited ballistics experts who say footage of AK47 rounds supposedly hitting concrete with no visible effect, while the reports lack the echo of life fire bullets.