For all those who think the upcoming carnage to the shale industry will be “contained” we refer to the following research report from the Manhattan Institute for Policy Research: 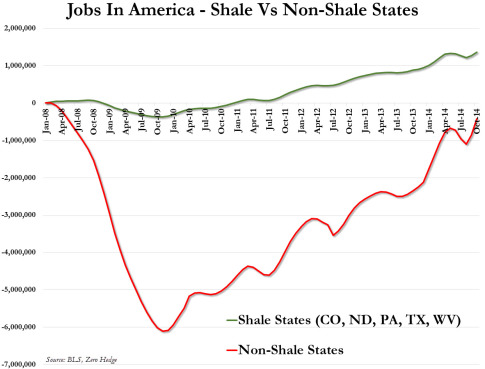 And the final punchline: 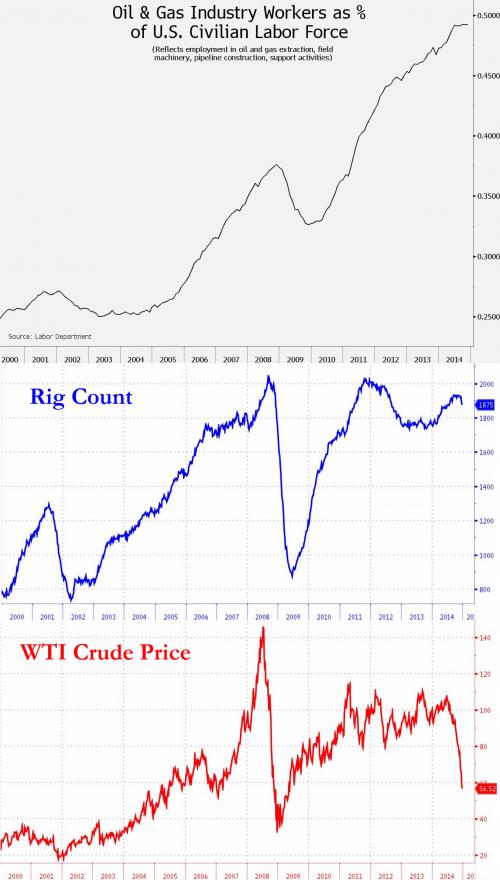 Now, thanks to John Kerry’s “secret pact“, and America’s close “ally” in the middle-east, Saudi Arabia whose “mission” it no longer to bankrupt Russia but to crush America’s shale inddstry, the only question surround the only bright spot for America’s economy over the past 6 years is how long before most of the marginal producers file Chapter 11, or 7.