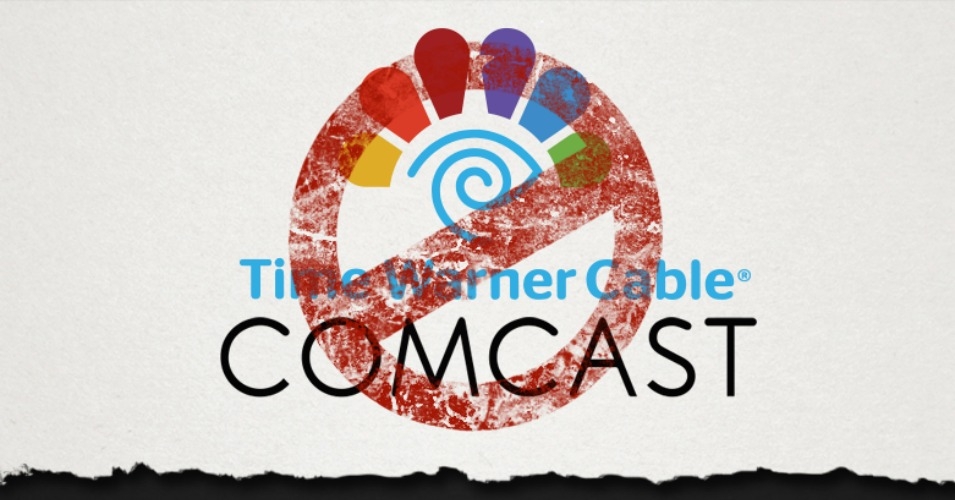 Free press advocates say Comcast and Time Warner merger is an ‘unacceptable prospect for Internet users, the economy and the future of communications in America.’

Critics of the proposed Comcast buyout of Time Warner Cable are flooding the Federal Communications Commissions, calling on the government office to shut down this “disastrous merger.”

In addition to the thousands of individuals who voiced their opposition to the $45 billion media mega-merger, over 600,000 comments were submitted by advocacy groups Common Cause and Consumers Union ahead of the public comment period deadline Tuesday.

“Americans are overwhelmingly opposed to this disastrous merger,” said Delara Derakhshani, policy counsel for Consumers Union in a recent press statement. “They know that combining two companies with terrible track records for providing lousy service at high prices will make an already bad situation worse.  We need more competition to give consumers real choices, not an even bigger Comcast that will dominate the market and be even less responsive to its customers’ needs.”

In a joint reply (pdf) to the FCC, Consumers Union and Common Cause highlight what they said was “Comcast’s distorted view of the marketplace:”

Despite Comcast’s assertions to the contrary, the merger will harm competition and impact consumer choice all across the nation, regardless of whether the two companies are competing directly head to head for the same subscribers. Applicants have not made a convincing case that significant economic efficiencies would result or would be passed along to consumers. The merger will not result in lower prices for consumers, and any technological advancements or improvements in service are tenuous and not dependent on the merger. As Comcast expands its reach and market power into the broadband market and into adjacent markets, it will find new ways to favor its own content and exert even more control over every aspect of the viewing experience, to the detriment of current and future competitive options for consumers.

The two groups are also included in the recently launched Stop Mega Comcast Coalition, whose members on Tuesday filed reply comments with the FCC, offering additional proof why the deal is not in the public interest. The coalition includes public interest groups, labor unions, private companies and industry associations opposed to the merger and is being run by the Glover Park Group, a major lobbying and consulting firm.

Calling the cable giant “self-serving,” Matt Wood, policy director of the independent media advocacy group Free Press, said in a statement: “Letting one company control so much of America’s telecommunications infrastructure puts the future of online innovation at risk. The merged entity would have the unilateral power to dictate what the Internet is today, and how that platform would be allowed to evolve. This is an unacceptable prospect for Internet users, the economy and the future of communications in America.”

Free Press argued in its filing that the merger would lead to “ample transaction-specific harms,” would further worsen a market “already trending towards a nationwide cable monopoly,” and would grant Comcast the market power and incentive to control the high-speed services market.

Other commenters, such as Diane Jones, Chief Information Officer for Detroit Public Schools, called on the FCC to ensure that whatever results from its decision, that the commissioners work with cable providers to “close the digital divide” for poor communities, an area in which she notes Comcast has thus far displayed “lackluster performance.”

Another commenter, Christie Smith, wrote that she is “appalled this is even under consideration.” Smith continued: “Deregulation of cable has led to insane price-jacking—and this merger will only accelerate it. It’s really sad that the U.S. is now lacking in internet speed and capability compared to our European allies all because we as a nation are so blinded by greed.”

Despite the end of the comment period, a resolution is still weeks away. On Monday, the FCC announced it is delaying its internal review after discovering that more than 7,000 Time Warner Cable documents were not properly handed over to the agency.