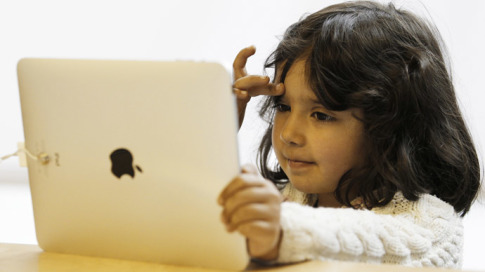 Before discarding your dusty paperback books for their sleek electronic versions, consider that the bright light emitted from electronic handheld devices wreak havoc on the body’s natural sleep pattern.

Bibliophiles may have just scored a victory in the ongoing contest between ‘real’ books and their electronic equivalents, with scientists discovering that people who use an iPad or a Kindle before bed get less sleep.

Researchers had one group of volunteers read on an iPad or Kindle for four hours each night before going to bed, for five consecutive nights. The other group read paper books under low light. After one week, the participants changed places.

The group that read from handheld electronic devices showed reduced levels of melatonin, a hormone that regulates certain bodily functions, including sleep, according to a study by Harvard and Penn State researchers published on Monday in the Proceedings of the National Academy of Science.

A lack of melatonin is associated with a number of diseases, including prostate and breast cancers, while a lack of sleep may lead to nervous disorders as well as obesity.

Charles Czeisler, a professor at Harvard Medical School and one of the lead authors of the study, questioned the lack of oversight in releasing this technology to the public.

“We introduce these devices that have medical and biological effects without requiring any health studies on their impact,” Czeisler told the Washington Post. “I think it’s time to rethink that.”

“We introduce these devices that have medical and biological effects without requiring any health studies on their impact … They don’t have to go through any evaluation like a drug would, for safety and efficacy,” he said. “I think it’s time to rethink that.”

Czeisler said additional research on electronic devices is “urgently needed” considering the high number of people – particularly children and adolescents who are already sleep-deprived from an excess of electronic stimulation – who now use these devices.

A poll released earlier this year by the National Sleep Foundation found that about 90 percent of adults and 75 percent of children reported having at least one electronic device in their bedrooms.