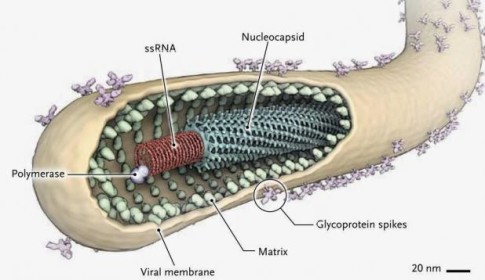 New evidence has emerged to suggest that genetically modified organisms (GMOs) are a key factor in the spread of deadly pathogens like Ebola. The current Ebola outbreak appears to be a direct product of what former Soviet microbiologist Dr. Ken Alibekov calls “dark zones” in GMO technology that allow pathogens to be deliberately weaponized to harm humans.

Dating back to the 1970s, the U.S. government has been involved in covert bioweaponry programs that involved deliberately creating “AIDS-like viruses” to be used during warfare, according to a prominent professor of plant pathology. One such virus is Ebola, a manufactured bioweapon patented and owned by the U.S. Centers for Disease Control and Prevention (CDC), the vaccine license rights of which are owned by the National Institutes of Health (NIH).

The CDC patent for Ebola can be viewed here:
Google.com.

Dr. Cyril Broderick, formerly of the University of Liberia’s College of Agriculture and Forestry but now teaching at Delaware State University, cites Dr. Leonard Horowitz’s book Emerging Viruses: AIDS and Ebola — Nature, Accident or Intentional? to make the claim that the U.S. government has actually been testing its manufactured bioweapons on Africans for many decades, under the guise of promoting vaccines and “public health.”

Ebola is a genetically modified virus

One of the things people need to realize about Ebola is that it isn’t natural, and it didn’t just appear randomly out of nowhere. It is a genetically modified (GM) virus owned by private interests cooperating with governments, mainly in the U.S., to use it as a bioweapon. Much of this is documented in Dr. Horowitz’s book.

In the case of this latest outbreak, the U.S. government has been secretly testing Ebola at laboratories in West Africa, according to Dr. Broderick. The virus either escaped these laboratories or was intentionally released, but in either case, this is its true source, after having been shipped in from places like Tulane University and the U.S. Army Medical Research Institute of Infectious Diseases (USAMRID), two recognized biowarfare research facilities in the U.S.

“There is urgent need for affirmative action in protecting the less affluent of poorer countries, especially African citizens, whose countries are not as scientifically and industrially endowed as the United States and most Western countries, sources of most viral or bacterial GMOs that are strategically designed as biological weapons,” wrote Dr. Broderick in a recent piece for Liberia’s the Daily Observer.

“It is most disturbing that the U. S. Government [sic] has been operating a viral hemorrhagic fever bioterrorism research laboratory in Sierra Leone.”

Interestingly, the Department of Defense is also noted in some reports to have initiated human trials on Ebola just weeks before the outbreak surfaced in Guinea and Sierra Leone. As it turns out, the DoD awarded a contract worth $140 million to Tekmira, a Canadian pharmaceutical company, to conduct research on the virus for the purpose of developing drugs and vaccines.

Dr. Broderick’s piece explains that this research work involved injecting otherwise healthy human beings with the deadly virus as part of a larger clinical trial that began back in January 2014, before the epidemic was officially declared in West Africa. This was also right around the time that the outbreak is said to have first begun, before picking up steam in late spring.

“Disturbingly, many reports also conclude that the US government has a viral fever bioterrorism research laboratory in Kenema, a town at the epicentre of the Ebola outbreak in West Africa,” added Dr. Broderick, calling on the people of the afflicted nations to take legal action against the perpetrators of this massive act of biowarfare.

90% is very close to ‘mission accomplished’ for TPTB: