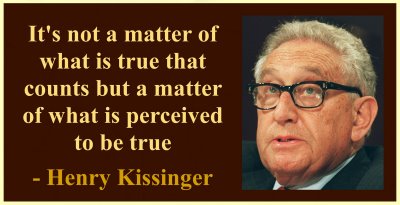 The anniversary of the September 11th attacks on New York and Washington would be a propitious day to arrest Henry Kissinger for crimes against humanity.

For while Kissinger is guilty of many war crimes, including the slaughter of millions of Vietnamese, it was on September 11th that he committed two of his most memorable outrages: The murder of Chilean President Salvador Allende and installation of the torture-loving Pinochet junta in 1973; and the explosive demolition of the World Trade Center, and massacre of nearly 3,000 people in New York and Washington in 2001.

Kissinger was undeniably the mastermind of the first 9/11. As President Nixon’s National Security Advisor in 1973, and the head of the “40 Committee” that oversaw US covert operations, Kissinger designed the coup that overthrew and murdered Allende. That operation was “Made in USA” and financed with American taxpayers’ money. Kissinger’s operatives paid lavish bribes to corrupt Chilean military officers including Pinochet, essentially hiring them to murder Allende and thousands of other honest, democracy-loving Chileans.

Kissinger’s complicity in the torture and murder of thousands of Chileans, and the destruction of democracy in Chile, is no secret. Kissinger actually confessed his intentions toward Chile on June 20th, 1970 when he famously said, “I don’t see why we need to stand by and watch a country go communist because of the irresponsibility of its own people.” (In fact, Allende was a democratic socialist, not a communist; his sin, in Kissinger’s eyes, was believing that Chile should control its own economy and resources.)

During the past two decades, many countries’ judicial officials have tried to prosecute Kissinger for the first 9/11. In 1998, Kissinger’s Chilean stooge, General Pinochet, was arrested – and spent the rest of his life under real and virtual house arrest, fighting prosecutions for crimes against humanity before he died in 2006.

Prosecutors in Chile, Argentina, Spain and France have subpoenaed Kissinger. Chilean judge Juan Guzman submitted 30 questions to Kissinger about his relationship with Pinochet but Kissinger refused to answer them. At one point Kissinger had to flee France to avoid arrest.

Though at various times he has been a wanted man in various countries, somehow Kissinger is still walking around free…and planning new war crimes. Since the coup of September 11th, 2001, Kissinger has been a leading advocate of the neoconservative plan to destroy “seven countries in five years” as Gen. Wesley Clark revealed.

Though they invaded Iraq and Afghanistan first, and then destabilized Somalia, Sudan, Libya, and Syria – all of which took longer than the planned five years – the neocons’ biggest and most important post-9/11 target has always been Iran. During the past decade Kissinger has been feuding with his fellow mummified ex-National Security Advisor, Zbigniew Brzezinski, about whether the US should attack Iran for Israel. While Brzezinski has been arguing against attacking Iran, Kissinger and his stable of Israel-loving neoconservatives have been beating the drums for war on Tehran.

Kissinger’s anti-Iran extremism was on display Saturday when he told National Public Radio that Iran is a bigger threat than ISIL. What he didn’t say is that by “threat” he meant threat to Israel, not the USA.

Kissinger’s close association with the fanatically pro-Israel, anti-Iran neoconservatives since September 11th, 2001 has surprised some observers, who traditionally viewed the former National Security Advisor as a realist rather than an ideologue.

Why did Kissinger turn neocon? Some speculate that as his mind deteriorates he is rediscovering his tribal roots and experiencing a Zionist second childhood. Evidence supporting this view includes his petulant statement to the New York Post that “In ten years there will be no more Israel.” Apparently Kissinger has fallen victim to the kind of Zionist existential anguish that lies at the root of the radicalism of such neocons as Paul Wolfowitz, Richard Perle, Scooter Libby, Douglas Feith, Dov Zakheim, and others of that ilk.

But there may be another reason for Kissinger’s succumbing to what Gilad Atzmon calls Pre-Traumatic Stress Disorder. That reason, in a nutshell, is Kissinger’s complicity in the neoconservative coup d’état of September 11th, 2001. By helping design the 9/11 shock-and-awe psychological warfare operation, Kissinger appears to have indelibly wedded his own fate to that of the neoconservative September criminals.

How do we know Kissinger was involved in the 9/11-anthrax operation? Because President Bush, acting under orders of Dick Cheney and the 9/11 perpetrator cabal, appointed Kissinger to head the 9/11 Coverup Commission. Only a person with intimate knowledge of what needed to be covered up, as well as a strong grasp on the crumbling “19 hijackers led by a dying man in a cave” cover story, could have been entrusted to head the Commission.

Since Kissinger was a known war criminal, mass murderer, and Machievellian conspirator who had orchestrated at least one September 11th coup d’état, the victims’ family members protested his appointment as Executive Director of the 9/11 Cover-up Commission. Due to public pressure, Bush was forced to fire Kissinger and replace him with another likely planner of the 9/11-anthrax operation, Philip Zelikow.

Unlike Kissinger, Zelikow was a relatively unknown war criminal. The architect of the Bush Doctrine of disguising the supreme crime of aggressive war under the “pre-emptive” euphemism, Zelikow is a self-described expert in “the creation and maintenance of public myths.” One of the likely creators of the 9/11 myth, Zelikow wrote the 9/11 Commission Report in chapter-by-chapter outline in March, 2003, before the Commission had even convened. That early draft, which is virtually identical with the Report’s final draft, was probably based on a Hollywood-style script for the 9/11-anthrax events written by Zelikow, Kissinger and others to serve as a playbook for the covert operatives who perpetrated the attacks.

During and immediately after the 9/11-anthrax false flag operation, Kissinger sat on the Defense Policy Board under key 9/11 suspect Richard “Prince of Darkness” Perle, a leading PNACer who demanded a “New Pearl Harbor” in September 2000 – and got one exactly one year later. As Perle’s senior advisor, Kissinger would have been one of the most significant architects of the 9/11-anthrax operation and subsequent cover-up.

Like Perle, who boasts of his satanic nickname “Prince of Darkness,” Kissinger revels in criminality and evil: “The illegal we do immediately. The unconstitutional takes a little longer.”

9/11-anthrax wasn’t just unconstitutional; it entailed the destruction of the Constitution in an American Reichstag Fire. It took Kissinger and his neoconservative and Israeli allies years to plan; and they have spent the past 13 years covering their tracks by “fleeing forward” into a widening circle of wars.

If the 9/11 wars ever end, and the post-2001 state of emergency is lifted, the September criminals could face prosecution. No wonder Kissinger and his neocon pals are demanding war with Iran and Russia – either one of which could likely escalate into World War III.

To save the planet, we need to arrest Henry Kissinger for his September 11th crimes: those of 2001 as well as 1973. 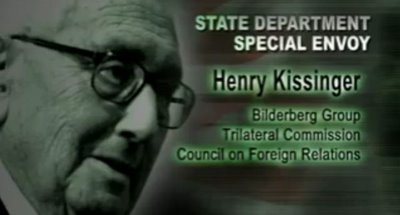