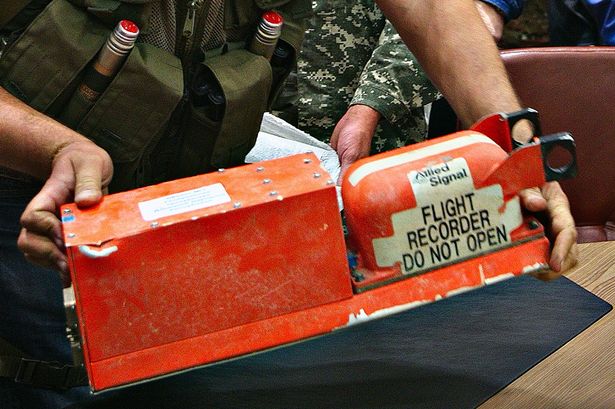 While it was already reported that the black boxes of flight MH 17 were supposedly not tempered with, despite early propaganda attempts via planted YouTube clips to claim otherwise (clips which have since disappeared replaced by other propaganda), the question of what the data recovery team operating in London would find was unanswered, until earlier today when CBS reported that “unreleased data” from a black box retrieved from the wreckage of Malaysia Airlines Flight 17 in Ukraine show findings consistent with the plane’s fuselage being hit multiple times by shrapnel from a missile explosion.

“It did what it was designed to do,” a European air safety official told CBS News, “bring down airplanes.”

The official described the finding as “massive explosive decompression.”

Of course none of this is surprising, and has been widely known from the beginning: it was also widely known that the black box would provide no additional information on the $64K question: whose missile was it, and was it a missile launched from the ground or an air-to-air missile fired by a fighter jet.

Perhaps a better question is who is leaking the “unreleased data” and what propaganda is it meant to achieve in what is, as we said a week ago, nothing but a propaganda war on both sides.

As for the real questions the “released” black box data should reveal, they remain as follows:

i) why was the plane diverted from its traditional flight path; and

ii) what was said between the pilots and air traffic control in the minutes before the crash.

Recall that the Ukraine secret service confiscated the ATC conversation logs a week ago, and the fate of said conversations has been unknown ever since, something that Malaysian Airlines revealed to the public promptly after its other, just as infamous plane anomaly, flight MH 370 disappeared forever from radar.