– I’m Confused, Can Anyone Help Me? 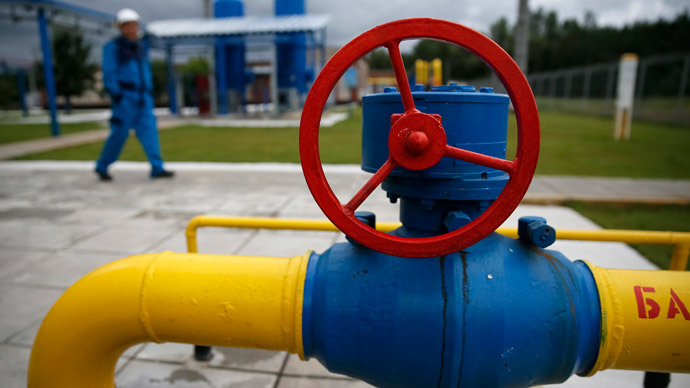 I’m confused. Jen Psaki, US State Department spokesperson, says that the Ukrainian government has ‘every right’ to use air strikes against its opponents in Ukraine on the grounds that it ‘is defending the country’.

Yet in 2011, alleged air strikes by Libyan government forces against its opponents were used as a reason for the imposition of a ‘no-fly zone’ which was followed by a NATO-led military intervention against Libya. We were told that the Libyan leader Muammar Gaddafi was ‘killing his own people’ and had to be stopped. The deaths of over 200 people in Libya was, according to US Secretary of State Hillary Clinton, ‘unacceptable’. But the Ukrainian government is killing its own people today, and despite more than 200 people being killed (as of 10th July the number of civilian deaths was 478, including seven children), western leaders do not say that the Ukrainian leader, Petro Poroshenko, has to be stopped, or that the bloodshed is ‘unacceptable’ and nor are there any calls for a ‘no-fly zone’ to be imposed. Why is it acceptable for the Ukrainian government to launch a military offensive, including air strikes against its own people, but unacceptable for the Libyan government in 2011 to do likewise? I’m confused. Can anyone help me?

In the lead up to the US-led military intervention against Libya in 2011, western politicians and commentators couldn’t stop talking about the country. These caring ‘humanitarians’, it seemed, had so much concern for the plight of the Libyan people. Three years on, and Libya is in chaos, with regular fighting between rebel militia. Only on Sunday it was reported at least seven people had been killed and over 30 injured in clashes between rival militias near Tripoli’s international airport. But despite Libya’s troubles, western politicians and leading commentators are no longer mentioning the country, in fact it seems they’ve forgotten about it all together. Why were they so interested in Libya and the plight of its people in 2011, but not interested today? I’m confused. Can anyone help me?

In Britain, neocon pundits and politicians warn us repeatedly about the threat of radical Islam at home. We are told of alleged sinister plots by Islamic extremists to take control of our classrooms. Yet the same neocons who want us to be worried about the ‘threat’ of radical Islam, have supported the violent overthrow of the secular Syrian government by rebels dominated by Islamic jihadists who have beheaded and blown up many people. These same neocons also backed radical Islamic fighters in Afghanistan in the 1980s. Why are the neocons so opposed to what they regard as Islamic extremism at home, but so supportive of it in certain countries abroad? If ‘ Islamic extremism’ really is such a bad thing, then surely it is a bad thing everywhere? I’m confused. Can anyone help me?

Britons who have fought with anti-government rebels in Syria have been arrested under anti-terrorist legislation when they have returned home.

Yet the British government wanted us to go to war against Syria last summer and has given rebels fighting the Syrian Army financial support. Why are Britons being criminalized for fighting for a cause i.e. the violent overthrow of President Assad which the British government and much of Britain’s political/media elite enthusiastically supports? I’m confused. Can anyone help me?

At time of writing, over 160 people, including about 30 children, have been killed in Israel’s latest bombardment of Gaza, and thousands of citizens have fled. In 2011 I remember lots of western political figures and media commentators telling us that the US and its allies had a ‘Responsibility to Protect’ civilians in Libya from attack by government forces. But I haven’t heard calls from the same people saying that there is a ‘Responsibility to Protect’ people in Gaza under attack from Israeli strikes. Nor have I heard them say there is a ‘Responsibility to Protect’ civilians in Ukraine coming under attack from Ukrainian government forces. Why does ‘R2P’ apply to some people but not to others? I’m confused. Can anyone help me?

Israel has justified its military operation in Gaza on the grounds that it is fighting terrorism. Yet in 1999 I remember the Yugoslav government using the same arguments to justify its actions in Kosovo saying it was carrying out a counter-terrorist operation against the KLA (UCK) who had been killing, among others, Yugoslav state officials. But while Israel’s ‘anti-terrorist’ justifications are accepted by western leaders, Yugoslavia’s were not, and the country was bombed for 78 days by NATO with its leader later sent to trial at The Hague for war crimes. Why is it ok for Israel to use military force in its ‘anti-terrorist’ campaigns, but not ok for the Yugoslav government to use military force in its ‘anti-terrorist’ campaigns in 1999? I’m confused. Can anyone help me?

Before the Iraq war we were told by neocon supporters of military intervention that toppling Saddam Hussein was a crucial step in winning the ‘war on terror’. When the interviewer said “If we go into Iraq and we take down Hussein?” Richard Perle, chairman of the Defense Policy Board, replied: “Then I think it’s over for the terrorists.” Perle also said: “There can be no victory in the war against terrorism if, at the end of it, Saddam Hussein is still in power.” But it’s over eleven years now since Saddam Hussein was in power and the ‘war on terror’ is still going on- in fact even tougher ‘anti-terror’ security checks at our airports are being introduced. I’m confused. Can anyone help me?

Tony Blair says that “The starting point is to identify the nature of the battle. It is against Islamist extremism. That is the fight.” Yet this same Tony Blair led a war to topple a secular Arab leader, Saddam Hussein who was an enemy of Islamic extremist groups like Al-Qaeda and has also backed western intervention against the secular government of President Assad in Syria. The Assad government is fighting against ISIS, which also threatens the government in Iraq, yet Blair says that we must “support the Iraqi Government in beating back the insurgency.” Why should we be supporting the fight against ISIS in Iraq- but trying to topple a government which is fighting ISIS in Syria? I’m confused. Can anyone help me?