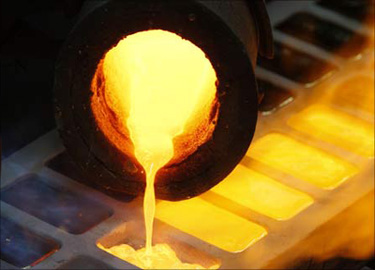 – Ecuador to Transfer More Than Half its Gold Reserves to Goldman Sachs in Exchange for “Liquidity” (Liberty Blitzkrieg, June 2, 2014):

This is a great example of how the game works. In a world in which every government on earth needs “liquidity” to survive, and the primary goal of every government is and always has been survival (the retention of arbitrary power at all costs), the provider of liquidity is king. So what is liquidity and who provides it?

In the current financial system (post Bretton Woods), the primary engine of global liquidity is the U.S. dollar and dollar based assets generally as a result of  its reserve currency status. Ever since Nixon defaulted on the U.S. dollar’s gold backing in 1971, the creation of this “liquidity” has zero restrictions whatsoever and is merely based on the whims and desires of the central planners in chief, i.e., the Federal Reserve. As the primary creator of the liquidity that every government on earth needs to survive, the Federal Reserve is thus the most powerful player globally in not only economic, but also geopolitical affairs.

The example of the so-called sovereign nation of Ecuador relinquishing its gold reserves to Goldman Sachs for “liquidity” which can be conjured up by the Fed on a whim and at zero cost tells you all you need to know about how the world works (read my post: Why Fiat Money is Immoral).

Ecuador agreed to transfer more than half its gold reserves to Goldman Sachs Group Inc. for three years as the government seeks to bolster liquidity.

The central bank said it will send 466,000 ounces of gold to Goldman Sachs, worth about $580 million at current prices, and get the same amount back three years from now. In return, Ecuador will get “instruments of high security and liquidity” and expects to earn a profit of $16 million to $20 million over the term of the accord.

“Gold that was not generating any returns in vaults, causing storage costs, now becomes a productive asset that will generate profits,” the central bank said in the statement. “These interventions in the gold market represent the beginning of a new and permanent strategy of active participation by the bank, through purchases, sales and financial operations, that will contribute to the creation of new financial investment opportunities.”

This isn’t the first South American country we’ve heard about sending their gold to Goldman. Recall my post from late last year: Is Venezuela Selling Gold to Goldman Sachs?

This gold is headed straight to China or Russia. Good luck every getting that back amigos. Just ask Germany.