– Fukushima Insanity In Japan … You Can’t Make This Stuff Up! 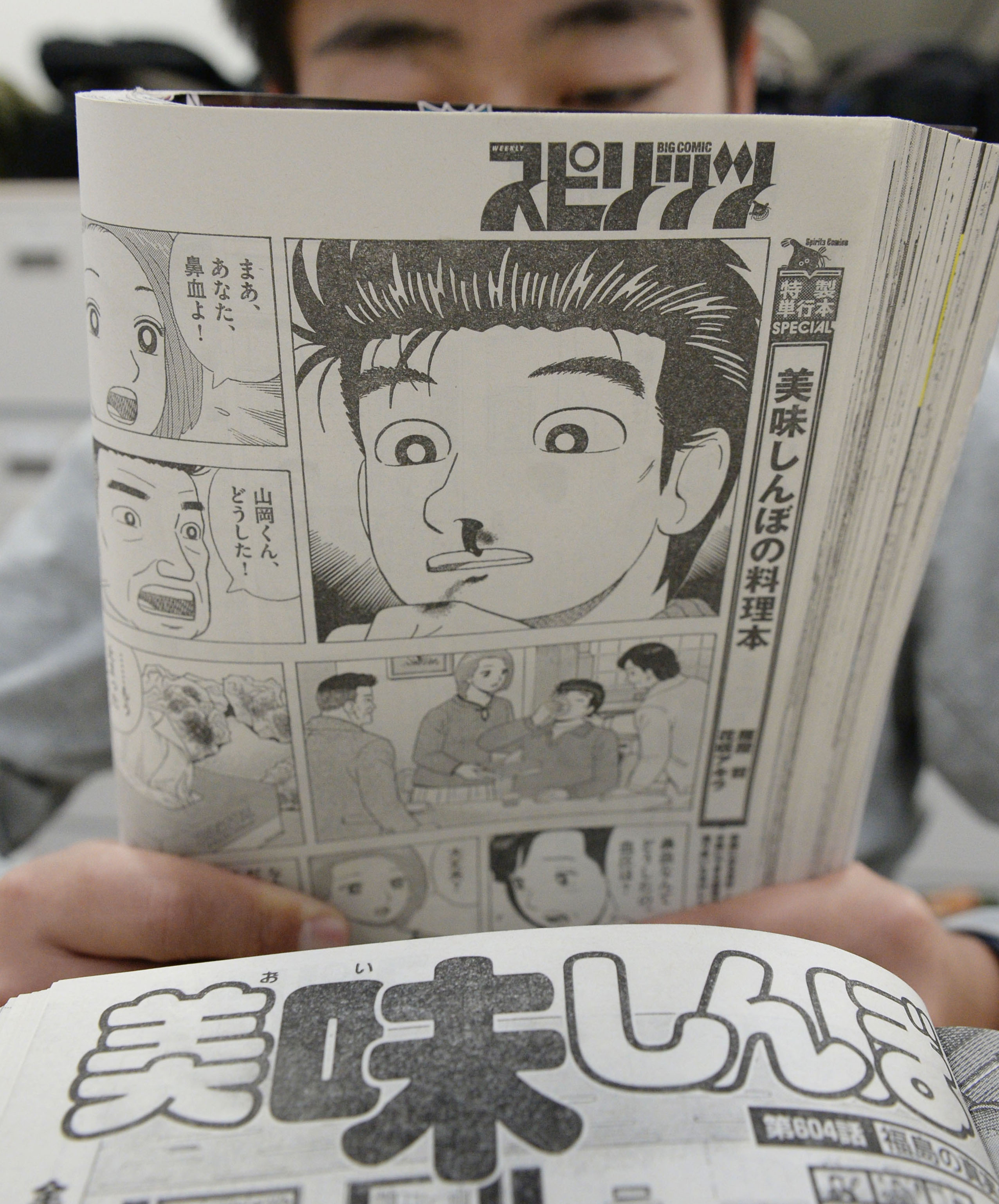 Shogakukan Inc. will suspend its “Oishinbo” manga series after recent installments came under fire for suggesting residents of Fukushima Prefecture had been sickened or hurt by radioactive fallout from nuclear disaster, sources said.

“Oishinbo” will not appear in the publisher’s weekly Big Comic Spirits magazine starting from the May 26 issue, the sources said Saturday. Shogakukan was to announce the decision in Monday’s issue.

Monday’s issue will contain comments by the weekly’s chief editor, Hiroshi Murayama, who is expected to note his responsibility for the criticism, while adding he and other editors will work to better review such depictions in the series.

The upcoming issue will devote 10 pages to the opinions of 13 experts about the scenes in question. It will also run letters of protest from the Fukushima Prefectural Government, the town of Futaba, which cohosts the damaged nuclear plant, and letters from both the city and prefecture of Osaka.

The city of Osaka offered to dispose of tainted debris generated by the March 2011 quake and tsunami.

The upcoming issue will be the final episode of the manga’s “The Truth about Fukushima” series. In the installment, the main characters visit a livestock farming family that moved from Iitate, near the stricken plant, to Hokkaido. The characters conclude that those who leave the disaster-hit prefecture must call for state compensation for anyone who wishes to leave it.

The controversy erupted after the manga depicted the effects of radiation exposure by showing the main character suffering nosebleeds after visiting the wrecked Fukushima No. 1 plant and by having another character, modeled after a former Futaba mayor, warn people not to live in the prefecture.

Another character called attention to the health effects of tainted debris on Osakans.