When did serving your country become a crime? 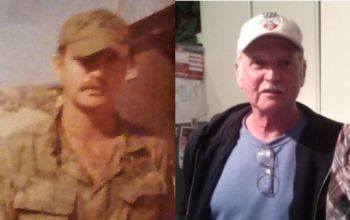 (MYRTLE CREEK, OR) – If Pat Kirby has his guns taken away by the federal government, then everyone else is probably going to eventually face the same thing. The clock is ticking. Pat Kirby is a decorated Oregon Vietnam Veteran with PTSD (Post Traumatic Stress Disorder). He never imagined he would receive a letter telling him he will have to turn over his guns, or face imprisonment.

He is the ultimate expression of a law abiding American citizen. He served his country, worked hard to raise a family, and created a nice life in spite of his PTSD. But his comfort zone was jerked away when he was told he had to give up one of his most basic rights for the most unbelievable reasons.

There was no no crime. The Veterans Administration has deemed Mr. Kirby “incompetent” because his wife takes care of their finances. He has a good credit rating, he pays his taxes, he has never been arrested in his life, yet the federal government says will have to surrender his firearms and give up his Second Amendment right due to the VA’s designation of “incompetent”. His alleged incompetence is based on his own admission that he does not take care of his own finances.