Yesterday, when the Treasury released its TIC data early by mistake, the update that China’s holdings rose to a record $1.317 trillion caused a stir. This was confusing, since while China, which as we reported yesterday, now has a record $3.8 trillion in reserves having grown by $500 billion in 2013, has barely invested in US paper, and in fact going back to 2010, its holdings were a solid $1.2 trillion. In other words, its Treasury holdings have increased by a modest $100 billion in three years. Hardly anything to write home about. And certainly nothing to write home about when one considers the soaring Treasury held by the largest holder of US paper… everyone knows who that is. For those few who don’t, and for everyone else too, here is the most recent breakdown of the top holders of US paper. 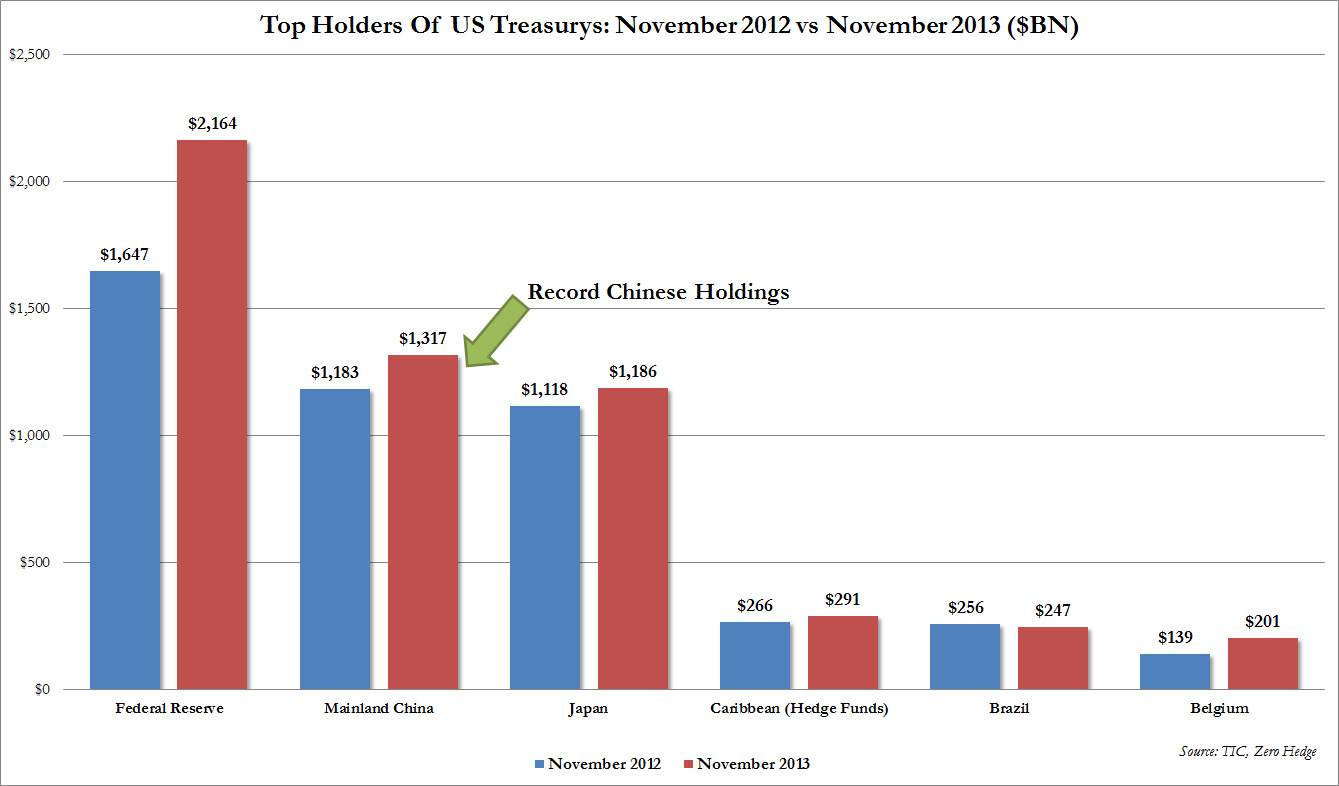 And now a question: with the Fed already “tapering” its purchases of Treasurys, and thus no longer the failsafe backstop bidder of first, last or any resort, how much interest in “money good” paper will everyone else have?