“Ranger’s operating company, Energy Resources of Australia, maintains that water testing at the site shows no environmental damage has been caused to the World Heritage-listed Kakadu National Park, which surrounds the mine.” 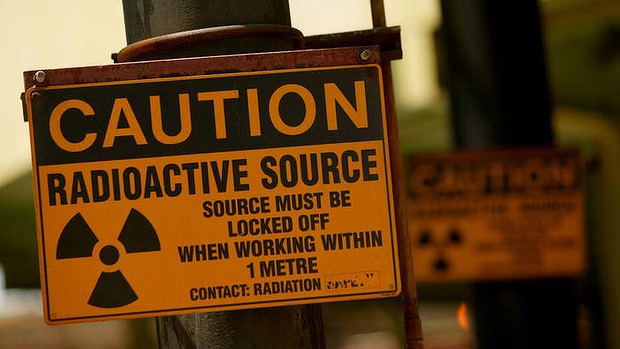 Rio Tinto’s Ranger uranium mine in the Northern Territory

The chemical spill at Ranger Uranium Mine last weekend was the second such incident in a week for the mine’s parent company, Rio Tinto, placing further scrutiny on the company’s uranium mining operations.

Processing at the Ranger site, in Kakadu National Park, was suspended by the federal government on Tuesday. Environment Minister Greg Hunt ordered ”an immediate investigation” into the incident in which a leach tank burst, spilling about 1 million litres of highly acidic uranium slurry.

It has since emerged that a virtually identical incident occurred just days before, at Rossing, Rio Tinto’s other uranium mine, in Namibia. On December 3, one of the 12 leach tanks at Rossing had a ”catastrophic structural failure”, spilling a large quantity of radioactive slurry.

”This is obviously a very serious incident, which is currently under investigation,” the mine’s general manager of operations, Ben De Vries, was quoted as saying.

”It’s the same company, same mineral, same piece of infrastructure,” said Dave Sweeney, of the Australian Conservation Foundation. ”This copycat incident shows there is a serious structural issue here and that the halt on processing at Ranger should not be lifted.”

Mr Sweeney believes that plans for an underground expansion of the Ranger mine, known as the 3 Deeps project, should be shelved.

”The mine is at full design life stretch: the pipes, pumps and tanks are over 30 years old,’‘ he said. ”If the 3 Deeps project is processed through the same infrastructure, as ERA proposes, we will see an increasing likelihood of uncontrolled and unpredicted equipment failures.”

Ranger’s operating company, Energy Resources of Australia, maintains that water testing at the site shows no environmental damage has been caused to the World Heritage-listed Kakadu National Park, which surrounds the mine.

But locals remain angry, threatening to suspend co-operation with ERA until there is a thorough overhaul of the regulatory framework.

”We’re considering boycotting our participation in the mine-side technical committee until the government and the company concede the need for independent oversight of the mine,” said Justin O’Brien, chief executive of the Gundjeihmi Aboriginal Corporation, which represents the Mirarr people.

An ERA spokesman said the clean-up at Ranger is continuing. Fairfax Media approached Rio Tinto for comment but got no response.