Paper gold in the developed world may trade based on the whims of marginal momentum chasers, and of course, the daytrading mood of the BIS gold and FX trading desk, but when it comes to physical gold and China’s appetite for it, one word explains it best: unstoppable.

After rising to a gross 131 tons imported from Hong Kong alone in August, which was the second highest ever monthly import tally, September saw a modest decline to “only” 116 tons: “only” because it is still 67% more than the amount imported a year earlier.

The total gross imports since September 2011 is now a whopping 2232 tons. Why September? Because that is when we posted: “Wikileaks Discloses The Reason(s) Behind China’s Shadow Gold Buying Spree.” The chart below confirms precisely said reason. 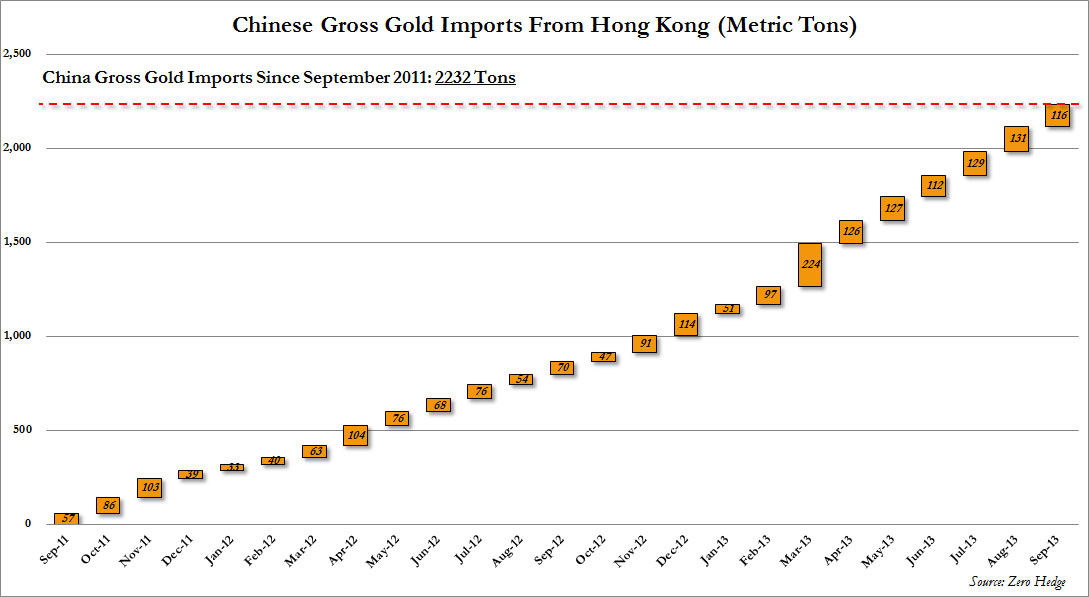 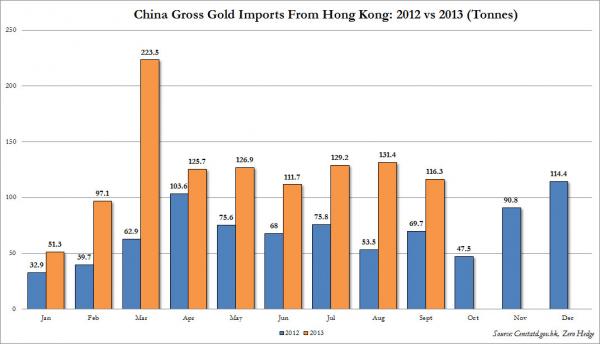 Netting out exports to Hong Kong, September was virtually unchanged from August, at 109 metric tons vs 110 a month earlier. In other words, September was tied for the third highest net import month in Chinese history. 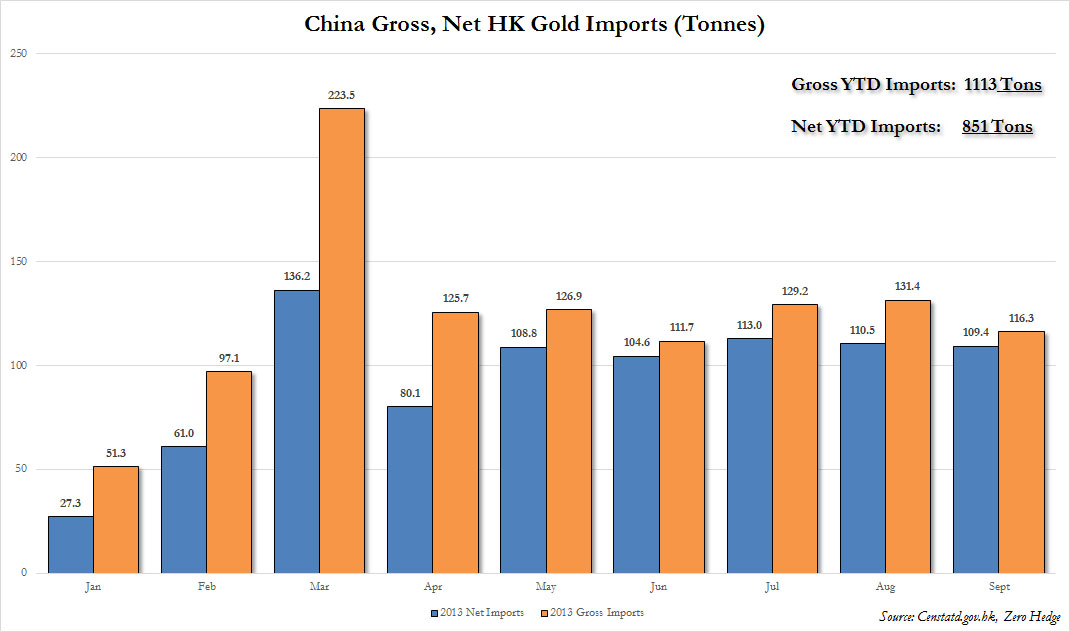 And yes, we realize that to western thinking buying more when the price is dropping in explicable: ironically even the vast majority of gold bugs are merely interested in a momentum conversion in and out of fiat, thus treating gold as an investable, fiat-denominated asset and not as a currency. China, on the other hand, continues to show that when one’s only intention is to purchase as much gold as possible to preserve wealth and purchasing power and/or unleash the gold standard back on the world (either alone or jointly with Russia and/or Germany), dropping or plunging gold prices are merely the icing on the cake.