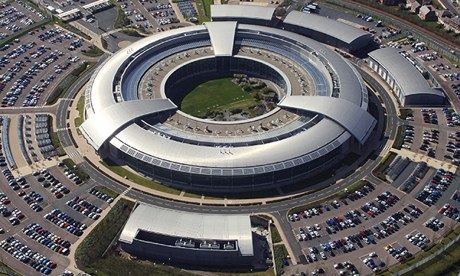 The new head of MI5 launched a robust defence of the techniques used by Britain’s intelligence agencies in his first speech since taking the job and warned they would not be able to sustain current levels of counter-terrorism work without the help of surveillance from GCHQ.

However, Sir Andrew Parker also acknowledged that the growth of the internet, technology and big data was “transforming our society” and that significant choices had to be made about which capabilities were required to track terrorists in this new and different world.

“How the UK decides to respond to these developments will directly determine the level of security available against the threats we face,” said Parker, who became director general of the counter-intelligence and security agency six months ago.

“Retaining the capability to access such information is intrinsic to MI5’s ability to protect the country. There are choices to be made including about how and whether communications data is retained.

“It is not, however, an option to disregard such shifts with an unspoken assumption that somehow security will anyway be sustained. It will not. We cannot work without tools.”

Though he did not mention Edward Snowden, some of Parker’s strongest remarks appeared to be directed at the whistleblower who gave thousands of classified intelligence files to the Guardian.

They revealed the scale of surveillance programmes currently being undertaken by GCHQ and its US counterpart the National Security Agency (NSA).

Two of the most significant operations uncovered in the Snowden files were Prism, run by the NSA, and Tempora, which was set up by GCHQ.

Between them, they allow the agencies to harvest, store and analyse data about millions of phone calls, emails and search engine queries.

The files also showed GCHQ was gathering personal information from mobile phones and apps, and has stated an ambition to “exploit any phone, anywhere, any time”. In another document from 2011, the author said GCHQ was beginning to “master the internet”. That report said GCHQ was in a “golden age” of surveillance capabilities that had allowed the agency to store 39bn separate pieces of information during a single day.

The files have raised questions about the scope of surveillance in the UK and US – and whether the agencies are facing enough scrutiny in this new era.

But Parker insisted MI5 did not have or want an “all-pervasive, oppressive security apparatus”.

Speaking at the Royal United Services Institute thinktank in London, he said: “In some quarters there seems to be a vague notion that we monitor everyone and all their communications, browsing at will through people’s private lives for anything that looks interesting.” It was a notion that he said was “of course, utter nonsense”.

In the first public defence of GCHQ by a senior intelligence official, Parker said the agency had played a vital role in stopping many of the terrorist plots MI5 and the police had tackled in the past decade.

“We are facing an international threat and GCHQ provides many of the intelligence leads upon which we rely. It causes enormous damage to make public the reach and limits of GCHQ techniques. Such information hands the advantage to the terrorists.

“It is the gift they need to evade us and strike at will. Unfashionable as it might seem, that is why we must keep secrets secret, and why not doing so causes such harm.”

In the speech, Parker also estimated there were “several thousand Islamist extremists [in the UK] who see the British people as a legitimate target”. He said he thought the terrorism threat had not increased but was “more diffuse, more complicated, more unpredictable”.

Parker said it would be impossible for MI5 to stop every plot, or prevent every attack. He argued that the agencies should have the capabilities they need and that scrutiny of their work was strong enough.

“We have a tough job to do in rapidly changing times. There are choices ahead that will determine whether we can sustain what we do, or accept that it will erode.”

Parker, a keen ornithologist, succeeded Sir Jonathan Evans earlier this year and has been at the agency for 30 years. He led MI5’s counter-terrorist response to the 7 July bombings in 2005 and was Evans’s deputy, in charge of operations.

MI5 has previously indicated Syria is “the destination of choice” for Britons seeking jihad. It is thought several hundred Britons have travelled to Syria over the past two years to fight with the forces seeking to overthrow President Bashar al-Assad.

“A growing proportion of our casework now has some link to Syria, mostly concerning individuals from the UK who have travelled to fight there or who aspire to do so,” Parker said.

The director said counter-terrorism was an “extraordinary proposition because [it] is the one area of crime where the expectation sometimes seems to be that the stats should be zero.”

“Imagine applying the same target to murder in general, or major drugs trafficking. That is the stuff of ‘pre-crime’ in the Tom Cruise movie Minority Report.

“Life is not the movies. In a free society, zero is of course impossible to achieve in the face of persistent and serious threats, though we will keep stretching for it.”