Central Banks remain aggressive accumulators of the precious metal as we noted last night, as their actions outweigh their words; but as CNBC’s Rick Santelli notes today, there is a big difference between the physical bullion they are buying and the ‘gold bug’ trading currently going on in our markets:

I don’t even look at gold as gold anymore since they securitized it. If things [went] badly in the world that I used to observe (as a gold bug); the gold would end up in the hands of the gold bugs. If things go badly now, they’re going to end up with checks from ETFs! Sorry, it’s not the same. The reign of [paper] gold as the Ayn Rand endgame, to me, that’s over. Game, Set, Match.

Which likely explains the incessant demand for precious metals from the US Mint over the past few months – as the other great rotation (from paper to physical) proceeds. 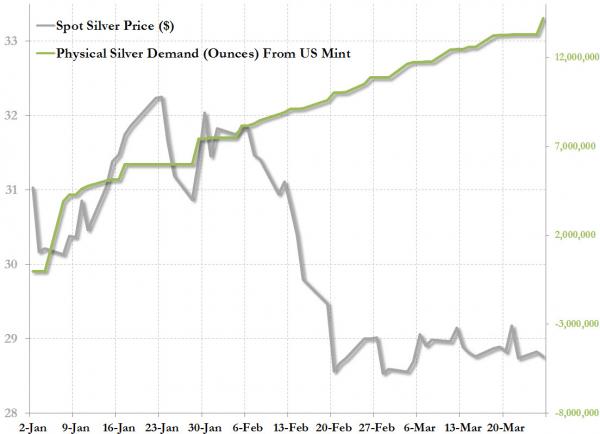 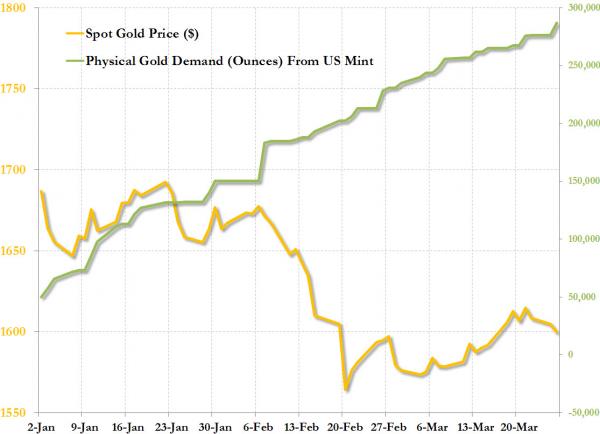