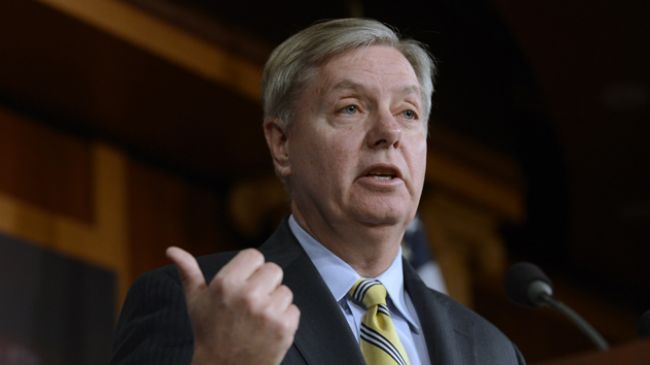 A bipartisan group of US senators are pushing for a legislation to force the government to prop up any military action that the Israeli regime adopts against Iran in “self-defense.”

The non-binding measure, introduced by Senators Lindsey Graham (R-SC) and Robert Menendez (D-NJ), is actually aimed at pushing President Barack Obama to intensify sanctions against Iran and will be unveiled during the upcoming conference of the pro-Israeli lobby in the US, American Israel Public Affairs Committee (AIPAC) in Washington DC this weekend.

“This is not a green light to Israel to do anything other than defend itself (and a promise that) we will be there,” Graham, a member of the Senate’s Committee on Armed Services, said at a press conference, the Huffington Post reported.

“In the event Israel had to take preventive action, we would have their back,” Graham added.

The supporters of the legislation in the Senate said they hoped that the measure will be passed before President Obama takes his first trip to Israel on March 20.

The top military brass in the US has at times expressed concern that the US is not willing to be dragged into a war that Israel may wage against Iran.

Chairman of the Joint Chiefs of Staff Martin Dempsey warned last year that the he did not like the US to be “complicit” in an Israeli attack on Iran.

Israel has threatened to attack Iran’s nuclear facilities based on the allegation that Iran is covertly seeking to produce a nuclear bomb, a claim Tehran has categorically rejected.