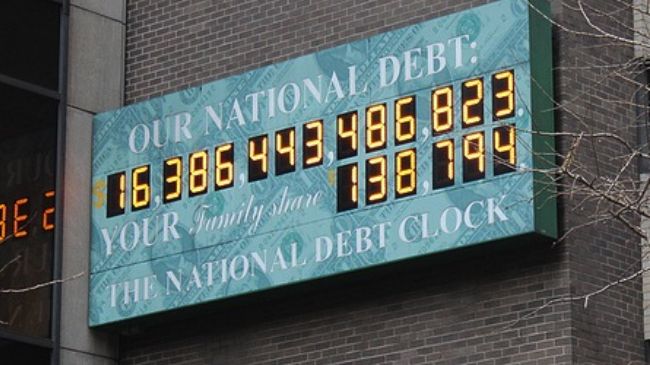 The national debt of the United States exceeds $16 trillion

New figures show that the national debt of the United States has increased by more than $6 trillion during the presidency of Barack Obama.

When Obama took office on January 20, 2009, the federal government’s debt was just over 10.6 trillion dollars.

The numbers indicate that the increase in the US national debt during Obama’s first term as president has been the highest. During the presidency of George W. Bush, the national debt increased by $4.9 trillion.

On Friday, the US administration was forced to sign into effect the spending cuts, known as the sequester, which will take $85 billion from the US federal budget in 2013. About half of the cuts, 43 billion dollars, will affect the US military sector.

The signing came after talks with Congressional leaders failed on reaching a solution to the debt problem.

Also on Friday, US Defense Secretary Chuck Hagel said the uncertainty of the spending cuts posed a great threat to the Pentagon’s ability to perform its missions effectively. Some 800,000 civilian employees at the Department of Defense are expecting a 20-percent cut in their salaries.

The sequester cuts, designed in 2011, could also affect the salaries for 10,000 teachers and 7,200 specialists for children with disabilities.