As of this morning Tim Geithner is no longer Treasury Secretary. And while Tim Geithner’s reign of clueless pandering to the banks has left the US will absolutely disastrous consequences, an outcome that will become clear in time, the most ruinous of his policies is making the banks which were too big to fail to begin with, so big they can neither fail nor be sued, as the recent fiasco surrounding the exit of Assistant attorney general Lanny Breuer showed. Just how big are these banks? Dallas Fed’s Disk Fisher explains.

It is important to have an accurate view of the landscape of banking today in order to understand the impact of this proposal. 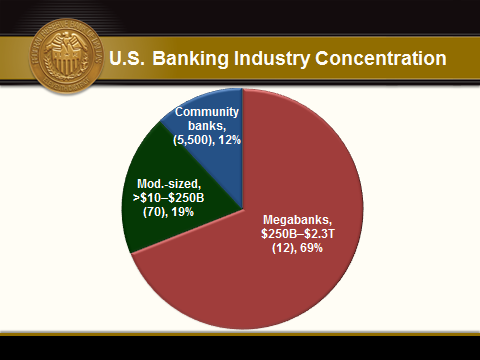 What does this mean numerically?

As the most recent weekly H.8 statement shows, there was $11.25 trillion in total assets at domestically chartered commercial banks. Which means that just 12 banks now control some $7.76 trillion.

But wait, this is just the asset side. What about the liabilities that these assets support, and especially the over the counter derivative side?

Well, according to the latest Q3 OCC report, the total amount of derivative exposure at just the Top 4 banks is now some $212 trillion, or 93.2% of the total $227 trillion in outstanding US derivatives. 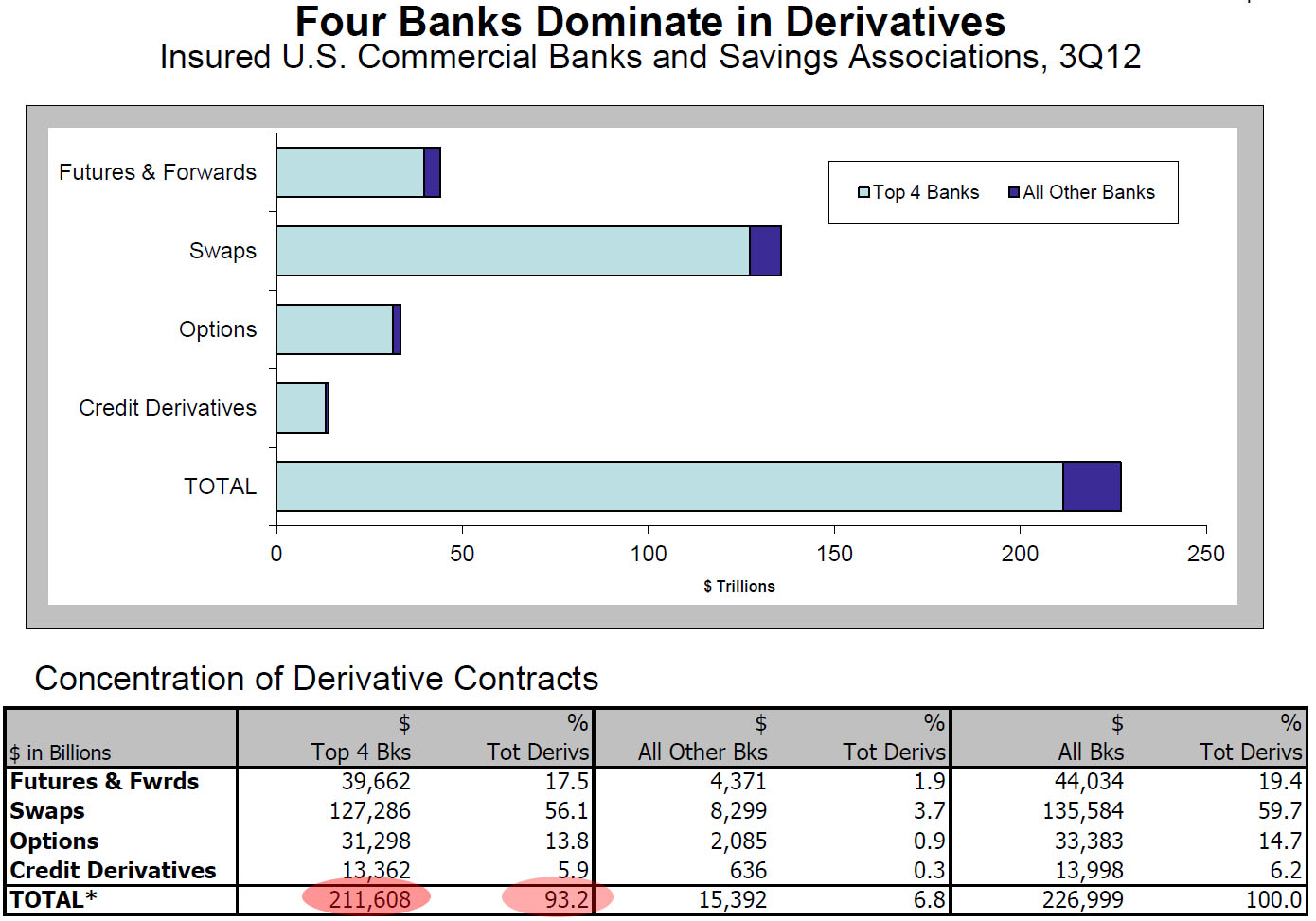 To summarize: the top 12 banks control 69% of all financial assets, some $7.8 trillion yet just the top 4 are responsible for 93.2% of all derivative exposure.

And now, can you please head the Federal Reserve when Bernanke retires in one year to finish your job of completely dismantling these here United States and destroying the country’s middle class?