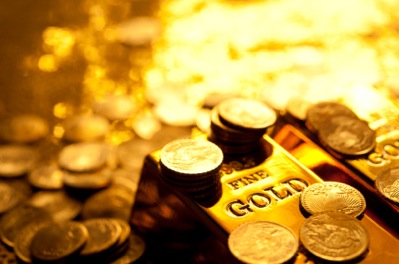 As you probably know, in 2010 the US government passed one of the most arrogant, destructive, poorly conceived pieces of legislation in history, now known as the Foreign Account Tax Compliance Act (FATCA).

FATCA heaps all sorts of reporting requirements on US taxpayers with foreign financial accounts. This is in ADDITION to form TDF 90-22.1, which is due to the Treasury Department each year by June 30th, and IRS form 1040 schedule B.

Another major provision of the law requires ALL financial institutions on the PLANET to share personal customer information with Uncle Sam.

The hubris is overwhelming. Imagine what would happen if the Chinese government passed a law requiring US banks to share customer information with Beijing. People would go nuts. But in the Land of the Free, it’s normal. Crazy.

It gets worse. FATCA was a mere 18 pages of poorly worded legislation that failed to define critical terms. For example, two terms that are used over and over again are “foreign financial institution” and “foreign financial account“.

Needless to say, this “who’s on first” legislation sent shockwaves through the global banking system. Many banks simply dropped US customers, erroneously believing that it would get them off the hook from having to abide by this bizarre, destructive law.

After the law was passed in 2010, it became the responsibility of the IRS to figure out Congress’s intent in implementing FATCA. It has taken them nearly THREE YEARS to do so, and they will be releasing the final regulations next week.

So here’s the math problem: How many pages of regulations did the IRS issue? I’ll show you using the special arithmetic that only exists in government–

The answer is a mind numbing 544 pages…

Unbelievable, no? Eighteen pages of law turn into 544 pages of regulation.

What’s more, in all of those 544 pages, there is not a single mention of the words, “gold”, “silver”, or “precious metals”. So there’s still quite a bit of mystery with respect to the question, “Do I have to report my offshore gold…?”

I’m still having my team go through the rules; after an initial read, though, the language of the regulation does suggest that custodial gold institutions (like GoldMoney, etc.) should be reported. Offshore safety deposit boxes (like Das Safe) do not.

Here’s the bright side of all this nonsense: now that the rules are finally settled, it’s now going to be much, much easier for US taxpayers to open foreign bank accounts.

Over the past three years, the opacity of FATCA was too risky for banks. Today, while the final rules are cumbersome, they’re at least settled. So the banks know how to operate.

I’m hearing from a number of overseas banker contacts, from Singapore to Panama to Malta, that they’re once again opening their doors to US customers. More to follow on this development.