Just yesterday, Goldman Sachs suggested its clients should sell their gold (to them?) as the precious metal cycle had turned. It seems Morgan Stanley disagrees; the firm’s preferred fundamental metal exposure for 20913 is Gold. Expecting Silver to outperform also (given its ‘cheaper’ store of value), MS believes nothing has changed on the fundamental thesis for owning gold as the adoption of QE 3 (and 4…) and the ECB’s commitments (and BoJ) remain the most important factors for a continuation of weakness in the TWI trend for the US Dollar. They also add that low nominal and negative real interest rates, ongoing geopolitical risk in the Middle East and continued mine supply issues are also supportive. From India and ETF demand to central bank buying and USD weakness – MS seems to be buying what GS is selling(or is less about muppet-mauling).

Gold remains our preferred fundamental metal exposure heading into 2013. Gold has long been viewed as safe haven and store of value. However, in recent years, global fiscal and monetary developments have given gold a more prominent role as both a central bank reserve asset and one with a value akin to cash as the global financial system moves to adopt Basel III standards for capital in 2015.

We see a number of items that should drive further price appreciation from here.

Weaker USD: The US Federal Reserve commitment to a near zero Federal Funds rate though 2014 and open ended purchases of mortgage backed securities should continue to pressure the value of the US dollar on a TWI basis. At the same, the ECB’s decision to adopt an unlimited bond purchase program through the Outright MonetaryTransactions (OMT) initiative, subject to the conditionality of a full EFSF/ESM facility, reduced downside risks for the euro and increased the likelihood of downward pressure on the TWI of the USD, via the USD/EUR cross rate. 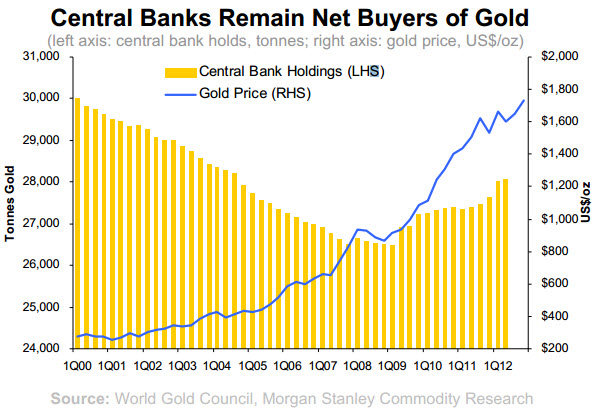 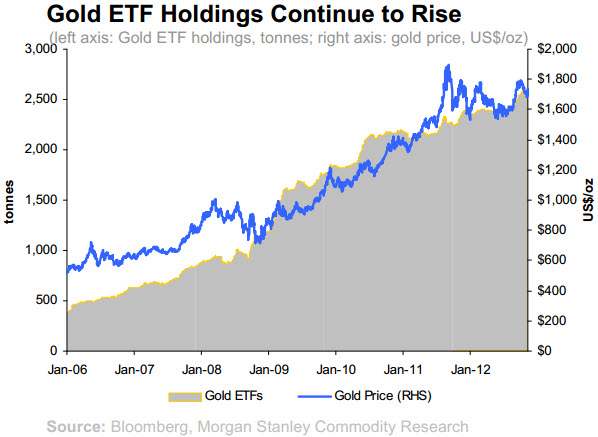 Recovery in Indian demand: Moreover, the Indian jewellery and  investment market is also showing signs of recovery as Indian  purchasers acclimate to recent price trends amid restocking ahead of the Indian wedding and festival season.