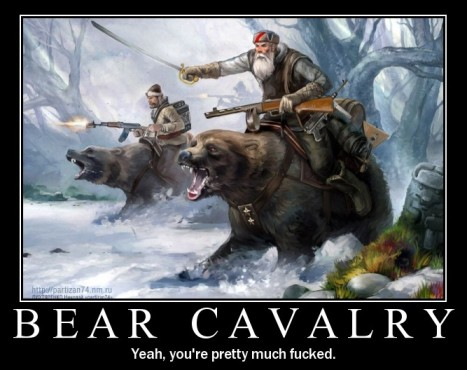 – Will The Wealthy Race To Dump Stocks And Other Financial Assets Before The Fiscal Cliff Kicks In? (Economic Collapse Nov 13, 2012):

The election results made it abundantly clear that taxes are going to be going up, and right now a lot of wealthy people all over America are trying to figure out how to best position themselves for the hit that is coming.  There are a whole host of tax cuts that are set to expire on December 31st, and many analysts are now speculating that we could see a race to dump stocks and other financial assets before 2013 in order to get better tax treatment on those sales.  Of course it is still possible that Congress may reach a bargain which would avoid these tax increases, but with each passing day that appears to be increasingly unlikely – especially regarding the tax increases on the wealthy.  Whatever you may believe about this politically, the truth is that we should all be able to agree that these looming tax increases provide an incentive for wealthy people to sell off financial assets now rather than later.  After all, there are very few people out there that would actually prefer to pay higher taxes on purpose.  If the race to dump financial assets becomes a landslide, could this push stocks down significantly late in the year?  Already there are all sorts of technical signs that indicate that stocks are ready for a “correction” at the very least.  For example, the S&P 500 has already closed below its 200 day moving average for several days in a row.  Could the “sell off” that has already begun become a race for the exits? A lot of Americans have heard about the looming “fiscal cliff”, but most don’t really understand the specifics.

For investors, there are several key changes which will happen unless Congress does something by January 1st.

First of all, the tax rate on capital gains will go from 15 percent to 20 percent.  For those with high incomes, the rate will be even higher than that thanks to a tax increase that our politicians managed to sneak into Obamacare.  So, some wealthy individuals will see their capitals gains taxed at nearly 24 percent in 2013 unless something is done.

For dividends, the outlook is even more frightening.  The tax rate on dividends will increase from 15 percent right now to over 43 percent for the highest income earners.

We have already seen these tax increases play into business decisions that have been made in recent months.  For example, it is being reported that George Lucas potentially saved hundreds of millions of dollars in taxes by selling Star Wars to Disney this year rather than next year.

Anyone out there that wants to take advantage of the current tax rates on capital gains and dividend income better do so now, because these tax rates look like they are going to go away and they probably will not be back for a very, very long time.

According to CNBC, this makes the next couple of months an ideal time to dump stocks and other financial assets…

For many of the wealthy, 2012 is becoming a good year to sell.

They’re worried about the “fiscal cliff,” which is when tax cuts expire and spending cuts are set to go into effect at the end of the year.

Fearing an increase in capital gains and dividend taxes, many of the rich are unloading stocks, businesses and homes before the end of the year.

And the truth is that stocks simply did not have much higher that they could possibly go anyway.  Anyone that is trying to “get out while the getting is good” should take heed of what Marc Faber recently told CNBC…

“The market is going down because corporate profits will begin to disappoint, the global economy will hardly grow next year or even contract, and that is the reason why stocks, from the highs of September of 1,470 on the S&P, will drop at least 20 percent, in my view.”

Politics and economics have always been deeply intertwined.  The results of the most recent election are going to have some very deep consequences.  Already we have seen a large number of businesses either announce layoffs or that hours for their workers will be cut back.  You can find a bunch of tweets from small business owners talking about how they won’t be hiring anyone or that they will be forced to reduce hours right here.  You can find a bunch of tweets from average citizens all over the country talking about how their hours are already being cut back right here.

With each passing day, our country is getting poorer, it is getting even deeper in debt and our economy is becoming even more unstable.  We are on a path that will only lead to total economic disaster, but the American people just voted for more of the same.

So now we will get to see how this all plays out.

Is there anyone out there that is still optimistic about what is coming next for the U.S. economy?

2 thoughts on “Will The Wealthy Race To Dump Stocks And Other Financial Assets Before The Fiscal Cliff Kicks In?”