Update: Israel CDS 145/155, +6 bpsIn a move that is certain to aggravate the already frayed relations between Israel and the Palestine, not to mention send Brent spiking, moments ago the IAF, in a precision airstrike, assassinated Ahmed Jaabari, the head of Hamas’ armed wing – a position that is equivalent to Chief of Staff – together with his son, who were travelling in a car at the moment of the strike. And, as expected, the furious Hamas response has already been logged and promises much more death and escalation in the near term. 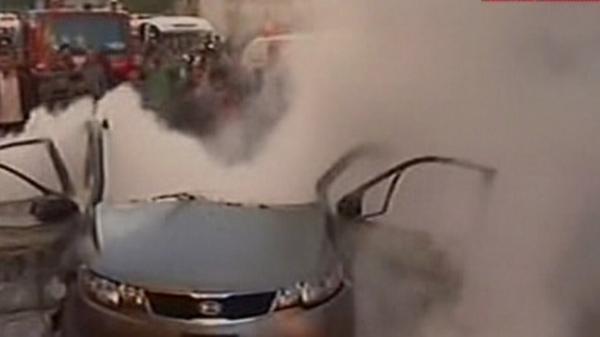 From Times of Israel:

The IDF confirmed the airstrike on Jaabari and said that it had launched a “widespread campaign on terror sites and operatives in the Gaza Strip, chief among them Hamas and Islamic Jihad targets.”

“By nature of his position, Jaabari has been responsible over the past decade for all anti-Israel terror activity emanating from the [Gaza] Strip, the Shin Bet security agency said in a statement.

Palestinians reported that there had been additional IAF airstrikes in Khan Yunis and Rafah in the southern Gaza Strip.

Jaabari was credited with being one of the leaders of Hamas’s violent putsch to take control of the Gaza Strip in 2007, and masterminded the professionalization of the Hamas military.

Israel attempted to kill Jaabari in an airstrike in 2004, but ended up killing his eldest son, his brother, and several cousins instead.

Israel’s official stance, is that the assassination is in retaliation to a recent surge in shelling out of Gaza:

On Sunday, Prime Minister Benjamin Netanyahu said Israel would not abide the ongoing rocket fire from the Gaza Strip.

“The IDF is operating, and will operate forcefully against the terrorist organizations in the Gaza Strip, which are sustaining heavy blows from the IDF,” the prime minister said. “The world needs to understand that Israel will not sit idly by in the face of attempts to attack us. We are prepared to intensify the response.”

Although the prime minister didn’t mention any specific avenues of action, Minister of Strategic Affairs Moshe Ya’alon was more specific. “There’s no doubt that in the past two weeks we’ve been witnessing an escalation, which Hamas is responsible for,” Ya’alon told Israel Radio on Sunday. “We aren’t going to let this stand.”

Of course, Hamas has its own reasons to escalate the shelling, which in its view is justified due to ongoing killings by Israel, and so on, and so on, since the beginning of time. And as was to be expected, moments ago:

In other words, Israel is now waging three potential offensive campaigns: Syria, Iran and Gaza. This too, shall end well. If not for everyone, then certainly for Brent bulls.

And from the IDF’s blog:

In the past hour, the IDF targeted Ahmed Jabri, the head of Hamas’ military wing, in the Gaza Strip. Jabri was a senior Hamas operative who served in the upper echelon of the Hamas’ command and was directly responsible for executing terror attacks against the State of Israel in the past number of years.

The purpose of this operation was to severely impair the command and control chain of the Hamas leadership, as well as its terrorist infrastructure. This was a surgical operation in cooperation with the Israeli Security Agency, that was implemented on the basis of concrete intelligence and using advanced capabilities. 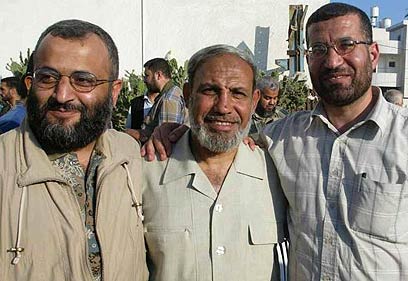 The IDF will continue to target sites that are used for carrying out terror attacks against the citizens of Israel while improving their daily security.