Militants who attacked the Minhas Air Base in the aviation city of Kamra had highly-sophisticated equipment and possessed a very tactical standard of guerrilla warfare training which no ordinary Taliban brigade has. 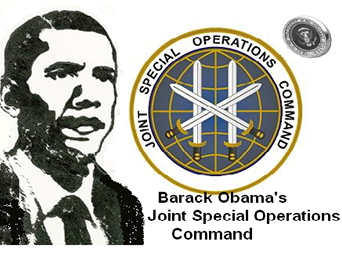 As the sacred Islamic month of Ramadan was at its peak in Pakistan, the serene city of Kamra near Islamabad (known as the Aviation City for housing a number of aircraft production/maintenance factories) was attacked by a horde of terrorists in the dark hours of the night.

The final overview of the attack made it clear that it was, fortunately, a humiliating failure for the improvised militants whose core objective was to give a series of strategic blows to the Pakistani military, especially the airforce since two very important assets of the country were parked at that base: JF-17 Thunder jets which were jointly manufactured with China and the Saab AWACS tasked with gathering aerial intelligence for the country’s defence establishment.

Had this terror operation proven successful, another major loss for the Pakistan Air Force would have taken place like the one before it when similarly-trained guerrillas managed to destroy Orion surveillance planes at the PNS Mehran base in the port city of Karachi.

However, thanks to the enhanced training for Pakistani Special Forces regiments such as the Special Services Group (SSG) Commandos and the exclusive Special Service Wing (SSW) Commandos of the airforce, a dreadful repeat was averted. Like the previous occurrence, the fingers were immediately raised towards India as the arch-rival.

But as my team presented in its report last year, this assertion is what was planned by the actual layout officials. The assortment of sophisticated hi-tech equipment, ammunition and training which the terrorists had was found to be too advanced for what the Indian intelligence RAW is capable of.

As always, machine guns, rocket-propelled grenades were found along with suicide jackets. This time, there was a new addition: For the attack on PNS Mehran in Karachi, the militants then had static preset coordinates set for the operation and communicated just via satellite phones; but during the recent attack on Kamra, the terrorists besides these had real-time GPS enabled touchpads fixed on their bodies, two BlackBerry smartphones (exact quantity could not be confirmed from secondary source), infrared devices, daggers inside pockets and more items which were not disclosed by sources for various reasons.

As always, the planners always forget to leave their marks (mostly by accident), and this time the mark they left was that the GPS devices were of a make used only by US troops. They might not have had the intention to let the devices come in Pakistani hands since the recruits were strapped with suicide vests to blow themselves off after the stunt, but the vest-strapped attackers were all gunned down by sniper shots where only one blew himself up beforehand. This helped forensic experts from the ISI and MI gather evidence which remained intact. Using BlackBerry phones was a smart option because of its highly secure encrypted communication logs.

In an ominous backdrop, just a day before the attack, Leon Panetta held a press conference at the Pentagon in which he said:

“The great danger we’ve always feared is that if terrorism is not controlled in their country (Pakistan), then those nuclear weapons could fall into the wrong hands”

I am not saying that the attack was planned right after that overnight. Surely such pinpoint operations take months of regular practice before the recruits are sent on their mission by being told that they are ‘doing a great service to Islam‘.

The attacks are executed on symbolic occasions: that night was the most holiest night of Ramadan in the country and the Independence Day (August 14) had just passed. Pakistani security officials have maintained that almost all militants who come from Afghanistan are jointly trained by the Afghan NDS and Indian RAW or directly by the US, in this case the latter was found involved knee-deep.

“It is very easy to assess that the attackers were backed by a group more technologically advanced since the Afghan intelligence has considerably zero TECHINT capability and neither did our ground sources find any archived leads which showed that the Indian RAW had links to this particular misadventure,” said an official on condition of anonymity. “Almost all the militants were traced to the Khost area of Afghanistan. Leads from that region suggest that majority of the attackers comprised of recruits from various Kandaks (battalions) of the Afghan National Army Commando Brigade working under the directorate of the US Special Operations forces had been trained for incursion into Pakistan. They were deployed to the mainland of the country for a grand operation and had local assistance by Pakistani militia also”.

The Minhas Air Base has a false notion attributed to it. Miscreant journalists tasked with writing propaganda such as Declan Walsh of Guardian fame (now in the New York Times) wrote an article on the attack with the crispy headline ‘Pakistani Air Force base with nuclear ties is attacked‘.

Just where the heck did he come out with the supposed relation is beyond many; since my primary subject of discourse is intelligence affairs, I happen to be a regular reader of the DEBKAFile website which has close ties to the Israeli intelligence. The site had written a report titled ‘Two Pakistani N-bombs available to Saudi Arabia‘. An excerpt from the article reads:

‘Saudi Arabia has jumped ahead of Iran by obtaining the use of two Pakistani nuclear bombs or guided missile warheads. debkafile’s Gulf sources believe the weapons are ready for delivery upon royal summons in Pakistan’s nuclear air base at Kamra in the northern district of Attock. Already delivered is a quantity of Pakistan’s Ghauri-II missile with an extended range of 2,300 kilometers. They are tucked away in silos in the underground city of Al-Sulaiyil, south of the capital Riyadh’

Pakistan indeed has nuclear cooperation with Saudi Arabia but the details aforementioned are quite distorted and far from reality. This is a separate topic for discussion and might be highlighted later someday. What is to be noted above is that it is DEBKAFile which is the first known news source to allege Kamra as a nuclear base whereas it is not factually true.

The Minhas Air Base was never used for emergency nuclear assembly neither is Pakistan’s National Command Authority so unprofessional that it will store disassembled warheads on a base which is in a region infested with growing threats from the CIA-sponsored Punjabi Taliban. For the part, this proves Mr. Walsh’s research is either absolutely faulty or it was purposely added for nefarious reasons known better to himself.

It has long been an American strategy to push for an Indo-Pakistan war. Admiral Mullen was the first to push for one, and so was McRaven, who is now at SOCOM. His successor Lt Gen Joseph Votel is proving to be even more of an enthusiastic officer. What is clear though is that whichever special operations team was involved, SOCOM or JSOC, the quality of intelligence which the attackers had was courtesy of the notorious CIA.

To be honest, the US gains nothing by destroying the Saabs and JF-17s under Pakistan’s possession. All this was meant, as I have been consistently saying, to provoke Pakistan into triggering a regional war. India could surely have garnered strategic leverage but it could not afford a misadventure into Pakistan of this magnitude. India’s RAW in association with the CIA already has its hands full providing for the TTP militancy in northern and central Pakistan.

I personally think that the American Task Force 373 (TF373) could be behind this attack keeping in light its bloody past and bases in Khost and Kunar from where major terrorism comes into Pakistan. However, it might not be so since the TF373 act as more of standalone contractors rather than trainers and the level of training imparted to the terrorist Afghan Commandos was very high which can lead one to safely suggest that such specified exercise could only be the handiwork of the elite US Special Operations forces scattered across Afghanistan.

But then why did the TTP accept responsibility for the attack?

“Routine PR,” says the official. “Tomorrow a false-flag happens in Europe or the US, they will be told to come out again and ‘accept responsibility’. Its all about repeatedly stressing that Waziristan is the supposed epicentre of global terror.

The Kamra attack is a notable addition to this demand. They are challenging the Pakistan Army to come to North Waziristan and believe me, the military leadership including General Kayani do not want to go there”.

“Has the military expressed its concerns with the government?” I asked.

I would like to reiterate what I briefed in my interview to Press TV not long ago. It provides a comprehensive summary of why the US is constantly provoking Pakistan’s military establishment and what adverse effects it could have for the entire world. Please spare out some minutes to listen to my statement: