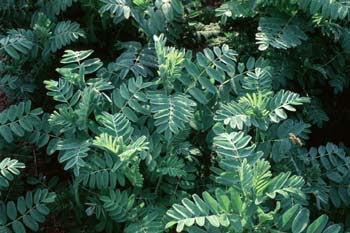 Astragalus is a traditional Chinese medicinal herb that has been around for over 4,000 years. Astragalus is an adaptogenic, nontoxic herb and plant extract that helps the body resist the damaging effects of stress while restoring normal physiological function. Astragalus aids adrenal function, digestion, metabolism, combats fatigue and increases stamina. Astragalus is very effective in helping people with AIDS and has even proven to have an anti-tumor effect and can increase the efficacy of chemotherapy.

A native plant of China, astragalus is officially known as astragalus membranaceus: AKA Milk Vetch Root and Huang Qi. Astragalus is a perennial plant that grows up to 4 feet tall. The root of the plant has a sweet taste and contains choline, flavonoids, amino acids-gamma aminobutyric acid, canavanine, beta-sitosterol, saponins (astragalosides) and oil. The primary actions of astragalus are adaptogenic and immunomodulating. The secondary actions are anti-inflammatory, anti-viral, cardiotonic, diuretic and hepatoprotective.

Astragalus is an herb that has actions in nearly all of the body systems. It is used to treat chronic colds, Epstein Barr Virus, HIV and candida by preventing infection recurrence. Astragalus stimulates bone marrow blood cells while enhancing deep immune strength. Studies show that the polysaccharides in astragalus increase phagocytosis (the engulfing of microorganism invaders by the immune system), increase production of immunoglobulins and macrophages and modulate the pituitary-adrenal cortical activity. Astragalus protects the kidneys and lungs from damage from autoantibody complexes, regulates sweating, decreases fatigue and increases tolerance to stress.

Astragalus protects against oxidative damage by increasing mitochondrial function without increasing the mitochondrial oxygen consumption. In the liver, astragalus is a mild choleretic and also increases repairs in chronic viral hepatitis while reducing inflammation and other symptoms. Astragalus also lengthens telomeres for longevity (TA 65 is a very pricey extract made from Astragalus that is touted to reduce all the effects of aging and mimics pretty much all the benefits of the inexpensive herb form of astragalus). Astragalus even increases motility of human sperm.

Astragalus is considered to be a cardiac tonic. In the cardiovascular system, the saponins in astragalus inhibit lipid peroxidation in the myocardium and one study using patients with angina revealed that cardiac output increased after two weeks of treatment. Astragalus strengthens left ventricular function and reduces free radical damage in patients after a heart attack and increases super oxide dismutase activity in cardiac muscle.

Studies at the University of Houston have shown that astragalus can improve immune function in cancer patients by increasing T-cell counts. Astragalus increases the ability of NK cells and T-cells to kill cancer cells while switching on the anti-tumor activity of Interleukin-2. In chemotherapy treatments astragalus provides anti-neoplastic activity and decreases immunosupression. Astragalus reduces the consequences with both chemo and radiation of fatigue, weight loss, anemia, nausea and loss of strength while increasing WBC production for leucopenia (a common side effect of immunosuppressive therapy), thereby decreasing life-threatening infections.

Even though this incredible herb is listed on the Botanical Herbs Board Exams and in the Compendium of Pharmacological Actions of Medicinal Plants and Their Constituents, naming the benefits of astragalus can bring a warning letter from both the FDA and FTC, as Dr. Andrew Weil found out when he listed the benefits of taking astragalus to prevent the swine flu. So don’t expect to see any of this information on a vitamin or herb label. Despite what modern medicine and the FDA says, healing did occur long before pharmaceuticals were invented. True health comes by good foods, minerals, herbs, fasting and cleansing. Astragalus is a good guy for natural health!

Astragalus is a popular immune boosting herb. It is often the herb of choice for anyone needing to restore T-cell (a specific type of white blood cell that is part of the lymphocyte family) counts, something very important to cancer patients . It does not seem to have any direct effect on malignancy, meaning it is not cytotoxic, but it seems to strengthen the immune system in such a way as to make the battle with cancer
somewhat less taxing on the patient. It is also used as an adjunctive support for persons undergoing chemotherapy. Astragalus contains numerous components, including flavonoids, polysaccharides,
triterpene glycosides (e.g. astragalosides I¬VII), amino acids, and trace minerals. Research conducted by the M.D. Anderson Hospital in Houston, Texas, confirms this herbs immune-potentiating actions. Astragalus appears to restore T-cell counts to relatively normal ranges in some cancer patients. The great Chinese Emperor Shen Nung around 5000 years ago first discovered astragalus. Westerners began to realize the medicinal importance of A. membranaceus during the 1800s. Dr. Alexander van Bunge, a Russian physician who studied East Asian plants, first described the species for the West in 1868. Astragalus is slowly becoming one of the better-known Chinese herbs. Some of its popularity may be attributed to extensive
scientific study that began in the 1970s confirming the herb’s ability to stimulate the immune system, fight bacteria, viruses, and inflammation, protect the liver, and act as a diuretic and adaptogen. Adaptogens are substances that have nonspecific actions and cause minimal disruption to the body while normalizing body functions, no matter the condition or disease.
Astragalus strengthens the body’s resistance and invigorates and promotes tissue regeneration via photochemicals in the plant such as polysaccharides, especially astragalan I, II, and III, and saponins and triterpenes. In studies performed at the National Cancer Institute and 5 other leading American Cancer
Institutes over recent years, it has been positively shown that while astragalus does not directly attack cancers, it does however strengthen a cancer patient’s immune system allowing them to recover significantly faster and live longer. Researchers believe on the basis of cell studies that astragalus augments those white blood cells that fight disease and removes some of those that make the body more vulnerable to it. In these same studies, both in the laboratory and with 572 patients, it also has been found that Astragalus promotes adrenal cortical function, which also is critically diminished in cancer patients.
Astragalus also ameliorates bone marrow pression and gastointestinal toxicity caused by chemotherapy and radiation. Astragalus is presently being looked upon as a possible treatment for people living with AIDS and other viral conditions as it also increases interferon production and enhances NK and T cell function. Astragalus shows support for peripheral vascular diseases and peripheral circulation. Astragalus is available in capsule, tablet, and fluid extract form, and as dried root and prepared tea. In Traditional Chinese Medicine, astragalus is often used in daily doses of 9 g to 15 g of the dried sliced root, simmered for several hours in a quart of water (the decoction is ready when the water is reduced down to a pint). Alternatively, astragalus is prepared by combining 1 part honey, 4 parts dried root, and a small amount of water in a wok or skillet, then simmering the mixture until the water evaporates and the herbs are slightly brown. To make your own tea, boil 1 ounce of Astragalus root in 1 cup of water for 15 to 20 minutes. In tablets or capsule form, it is typically combined with ginseng in doses of up to 500mg taken 3 times a day. Astragalus appears to have no known adverse side effects.