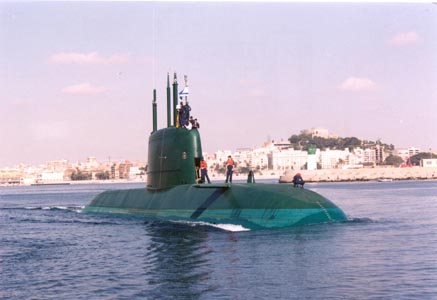 GERMANS GIVE THESE OUT LIKE PARTY FAVORS, NUKES INCLUDED IT SEEMS

I will keep this short as possible.  A single nuclear weapon has “gone missing” as of last week, one of four missing but this one “more missing” than the others.

The Thames Valley Police, famous for their fictional representations in the Colin Dexter detective novels, detained a high ranking government security officer, department to remain unnamed, at the behest of what we are told is the Home Secretary.

Time we put a call in to Inspector Lewis?  Morse, played by John Thaw, would never have allowed such a thing.  John Thaw was always a favorite and his pub of choice, The Trout outside Oxford is a nice stop off, you can misplace a nuke, torture a spy, this time one of your own,  and make it home with fish and chips.  I do so love Britain.

Now, to put this is American English.

A nuclear weapon that wasn’t supposed to exist, a single 500 kiloton hydrogen bomb, one of four being tracked, was seen being loaded at the German port of Bemerhaven, Germany.

The groups assisting in what we were informed was a counter-terrorism surveillance operation were the American NSA, British MI 6, the Office of Naval Intelligence and the British Royal Navy.  The “device” was loaded onto a Germany built “Dolphin” submarine and left the harbour doing 7.5 knots.

The submarine disappeared while being tracked by every sophisticated device NATO seems to be able to own or borrow.

At least one of those from among the listed agencies was arrested by the local police force in Oxford, their electronic surveillance gear siezed, were confined for 12 hours despite being above arrest and detention as a senior NATO intelligence officer.

Attempts to track the sub in the busy harbour were in vain and it is unknown what the nationality of the crew were or the destination, whether the UK, the US or some place in the Middle East.

What we do know is that Germany and other NATO nations, in a highly disputed exception to the Nuclear Non-Proliferation Treaty, had held 182 such weapons until all had supposedly been given back to the United States in 2005.

We now know this to be untrue.  There are several possible scenarios:

We know the British government at some levels, some departments, are aware of this action and are responding with retribution against their own intelligence services.  This seems to be an indication that some authority within Britain seems to have gone rogue, certainly the Thames Valley Police, possibly the Home Office and we can’t help but want to take a long hard look at David Cameron and his many mysterious meetings with Rupert Murdoch, the “not very Australian” ultra-nationalist/Likudist Israeli who stands somewhat accused of endless criminal acts or perhaps not.

Nobody in Britain actually knows.

Is someone planning to blow something up somewhere?  Are these just simply Germany boys on a lark, stolen submarine, borrrowed illegal nuclear weapon, kind of a prank?

Then again, we have the Bush administration.  Assurances were made that all such weapons had been out of German hands 7 years ago.   We now have direct evidence, eyewitnesses, that indicate that the US failed to follow the provisions of the Nuclear Non-Proliferation Treaty that it is using as a pretext to threaten Iran with violations of.

Oddly, Israel never signed the treaty and is, by conventional standards, considered a “rogue state.”

A fuller accounting indicates that the warheads may not be American but were of Soviet design.  We know the number to be four.

One has been traced to a location inside the London itself.  Other locations for this one are likely New York, Lower Manhattan for a December delivery, tuned down to 100 kt, perhaps to pass off as another plane crash.  Mombasa and other African ports are on the lists as well.  There is a very nasty controversy between US intelligence agencies on information sharing as to this issue.  As this is an actual operation, not a “rumor,” attempts to keep secrets or mislead just aren’t going to work anymore, as this article has proven.

Weapons of this type are generally located through use of specialized aircraft, in this case, the Boeing Sentinal E3D.  These are highly modified 707 aircraft.  The British have 7 of these operating out of RAF Waddington.  They were placed on “mechanical fault standown” on April 14.  Who would have thought all these planes were preparing to discombobulate?

We find this “coincidence” rather curious and call for an official inquiry into the accidental and sudden failure of Britain’s most valuable air assets.

The individuals and sources of this story will, at their request, not be credited.  If anyone out there if familiar with the radiation signature of an aging Soviet 1/2 megaton nuclear warhead, we would be glad to print that information, hoping the appropriate authorities might stumble upon it here.

Additionally, if anyone spots a Dolphin submarine, please give us a  ring also, same reasons. 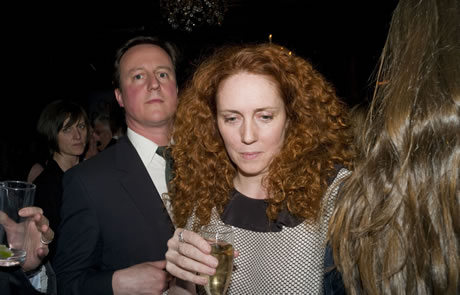 If anyone runs across one of the Murdoch clan, Rupert or James, see if they have come up with something on this.  Make sure one of them informs the Prime Minister.

An interesting response by John Kettler:

ETs/EDs (extraterrestrials/extradimensionsals) of the Liberation Forces raided Angela Merkel’s Germany last week, a move expected by the writer, given Germany’s decades of WMD (weapons of mass destruction) proliferation (chemical weapons and precursors, supplying missile expertise, illegal sale of ultra centrifuges to anyone with cash, plus providing quiet Diesel-electric subs to Israel, but set up to allow for rapid conversion to nuclear cruise missile launch platforms). Call the ETs/EDS most unhappy!

The “normal” part of this amazing tale is here, in a withering article by Senior Editor Gordon Duff of Veteran’s Today, but what concerns us is the hidden side of this, the ETs/EDs‘ disappearing of a Dolphin sub, crew and highly illegal 0.5  megaton nuclear weapon after they put to sea  (reportedly then making 7.5 knots in crowded Bremerhaven Harbor)–while under comprehensive surveillance by both NATO and multiple international intelligence agencies from the U.S., U.K., and Germany! The ETs/EDs say if anyone asks “Where’s the sub?” the answer is “We have it!”

Apparently, guilt and greed in Germany know no limits, and Russia has yet again been found dispensing nukes to all comers with cash in hand, according to the ETs/EDs. What Gordon Duff mentioned in passing in his article, the ETs/EDs state specifically: “The nukes in his article are Russian, and Russia will pay dearly for this latest transgression in a long string. The Dolphin sub was en route to Israel and did have an Israeli crew.”

It’s taken a long time, but Germany has been officially caught with her hand in the nuclear cookie jar, and Russia, whose nuclear peccadilloes rouse such ire in officialdom there when outed, will have much to explain, not just to terrestrial authorities but to her “topside” ally, with whom she’s already in both the exopolitics penalty box and the doghouse. According to one of the ETs/EDs, “Expect Russia’s most advanced fighter, the SuMi-41, armed with “topside” supplied energy cannon, to disappear outright from the Russian inventory. There may be other punitive measures taken as well.”

The ETs/EDs mean what they say when it comes to honoring treaty terms with them, and nothing is taken more seriously than anything involving proliferation or use of nuclear weapons. The ETs/EDs haven’t figured out what will be done about Germany, but they say “It’ll hurt and be highly visible.” Rest assured, that’s no hollow threat. Just ask Hugo Chavez or Benjamin Netanyahu! “Israel,” the ETs/EDs say, “will also be chastised.” Whether or not that chastisement will extend beyond the loss of a pricey sub, expensively trained crew and a highly illegal, expensive nuke “is presently undecided.” The overall impression received, both directly and indirectly, is that the ETs/EDs are really angry and upset over the outrageous actions of Germany, Russia and Israel.

5 thoughts on “German ‘Dolphin’ Submarine Loaded With A 500 KILOTON HYDROGEN BOMB ‘DISAPPEARS’ While Being Tracked By The NSA, MI6 And Every Sophisticated Device NATO Owns”