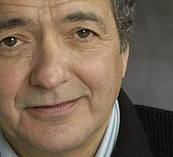 The American futurist Gerald Celente expects Europe to collapse in April 2012. All reminders that warned before heard of a high risk for social security in Europe and also in Germany, then get right to the analyst. In an exclusive interview KOPP Celente makes for gloomy world situation primarily responsible greedy bankers and greedy politicians.

Gerald Celente is talking about not too good at the bankers. But even worse for him are today’s leaders. While in Germany the prestige of this profession species now occupies the last rank of the poll lists, Celente sees these representatives as “pretty much the lowest level of human existence that I have ever met.” In an exclusive post for the KOPP Publishing Celente leaves his trouble-free run:

“When I worked in politics, that was the worst job of my life. I’ve seen grown men who were too good for nothing, only to come up. Politicians are bad people and will only be up front when it comes to their financial interests. A cheap scam, but in exchange for money, they are up for anything. Who are these politicians? These are exactly the same, we could not stand it at school or at university. Those who always wanted to be class president or student leaders. The ones we never want to tell us now what we have to do. For her red carpet is rolled out, they are in the flashbulbs of the paparazzi and everyone stands and applauds them in the sky. Politics is show business for ugly. It’s all a true lie and a huge bad show. So, what are politicians? They are prostitutes, that are good for nothing.“

Celente compares the current problems of the Euro-zone with those of the United States: Both face huge mountains of debt and have no chance of them ever repay. And the ECB is going to do exactly the same as before the Fed: “They shoveled money to their friends in the banks. So the bankers the power in all the major capitals of the world have taken over. It is the simple slogan: bankers’ control.

An explosive mix of our globe: rapacious bankers who have seized power and megalomaniac politicians who play into the hands of the bankers. Celente has been alerted to the highest pitch: “psychopaths and sociopaths are the ones who are shaping the world. You want to lead us into another war every week. And these are people who have fought for a single day in their lives. Nevertheless, they are willing to send other people to death and kill innocents. ”

Wars, crises, poverty, these are the world’s future prospects, we also invite our children on their shoulders. Merciless analysts like Gerald Celente have been warning for many years to listen, but want only a few. Even the anti-global movements, which are now increasingly form against the cartel power of greed and unscrupulousness saw Celente been ahead for years:

“We have written about it before it happened – in 1995. I have not called it back then “Occupy Wall Street,” but the “March on Wall Street.” I predicted that the marching boys, the unemployed and unable to work on Wall Street would. As the reason why I have called the large gap between rich and poor. I also predicted that spread throughout the world would. And – what happened? What was the trigger for the revolution in Tunisia? We see many young people with university degrees and training. You do not get jobs – the national wealth is stolen from the top. This goes on to Egypt, then to Yemen, according to Bahrain, Syria is … riots and protests in Greece, protests in Italy, protests and riots in England, “Occupy” everywhere. This is the beginning of the first great war in the 21st Century. This is as old as history. We are witnessing a repeat of the 20s and 30s. The crash of 1929, the Great Depression, currency wars, trade wars, world wars. Exactly the same thing today: currency wars, trade wars and, ultimately, a world war. Bottom line, it is class struggle, which happens all the time. Far too few have too much and far too many have too little. If the money does not fall from the top of the little man on the street, starts the blood “to flow through the streets.

– Gerald Celente on planned engagements and new laws: ‘They can simply blow my brains out now’ (Kopp Verlag, Jan. 10, 2012):

Reported yesterday, the American futurist Gerald Celente on the coming collapse of Europe in the spring of 2012 and the dubious role of the banksters and politicians. Today examines the time-critical author ongoing preparations for war on Iran and the possible consequences for the whole world. And again he speaks about megalomaniac politicians who blow up not only our entire financial system, but now also by dangerous wars and new “anti-terror laws,” the world will be set on fire.

Even though it may hardly hear it, so it’s lost nothing of the controversy: For a long time, the highly dangerous war preparations of the Western powers against Iran is in full swing. Shortly before Christmas was a general of the U.S. Army, Dempsey announced, Tehran “should not” underestimate the resolve of the United States. You will not, “” the building of an Iranian nuclear weapon permit. Dempsey had confirmed the proper attack on the Pentagon’s planning Iranian nuclear facilities.

The renowned futurologist, Gerald Celente is furious and warns of a disengaged, power-hungry politicians who want to set the whole world seems ablaze: wars are cruel and cost many lives of innocent people. Celente does not realize that billions of people on earth these people can remain free hand, “Listen to the presidential debates these days. The talking about nothing else but to attack Iran. All of which are not very tight. The U.S. has squandered a trillion dollars on a losing war in Iraq – from bogus reasons. It probably a million people have been killed, including 4,500 U.S. soldiers, hundreds of thousands more are injured physically or mentally up to the end of her life, the whole country is destroyed. And they’re ready to move into the next war.

Again: They’re all crazy! And no one gets the idea to call them back. All bow before these lower existences called politicians. It seems as if people had lost their self-esteem. There are still plenty of people who worship Obama as if he was the savior or the Messiah. And these people start wars against Syria and Iran, as already raged in Libya and Iraq. Now they have even more resources for Afghanistan nod. ”

U.S. President Obama recently, virtually no public or media discussion, the “law approving the defense budget in 2012”, NDAA, with his signature put into effect, makes trend researcher Celente stunned. For this law is contrary to his opinion massively against the Constitution of the United States. He is so on the same line as the Canadian economist Michel Chossudovsky, who had only recently warned in this regard: “While the media to support a democratic

The enactment of the NDAA is closely associated with Washington’s global military plans so Chossudovsky. The military objective of world domination put the “militarization” of the U.S. itself and especially the decline of the American republic ahead as the embodiment of the republican system. The critics of globalization underlined: “The ‘main traditions and values ​​such as the” declaration of civil liberties “and the Aamerikanische Constitution were actually repealed with effect from New Year’s Day 2012 disregarded and practically, because the NDAA permits the arbitrary and indefinite detention of American citizens in military prisons. “

Gerald Celente explains how this law will practically affect the citizens. “In the future, the army allowed people like to call me, as a declared public enemy They can come and pick me up and bring me somewhere in this world to blow my brains out or do anything they want to me. I can not resist. no plaintiff, no judge, no process, no lawyer! No chance to do something about it. That do you get when politicians, bankers and technocrats to pull together . This is fascism. Got it?”