Washington is in the process of concocting a new string of lies pertaining to Iran’s nuclear program with a view to justifying the implementation of punitive bombings.

Threats directed against Iran have been ongoing for the last eight years. Fake intelligence has been used to justify these threats.

There are indications, however, that this time the Western military alliance is not “crying wolf”.

In the wake of the war on Libya, the implementation of an air campaign against Iran is currently on the drawingboard of the Pentagon.

The operation, were it to be carried out, would involve the active participation of Britain and Israel.

The criminal process of fabricating lies to justify a military agenda must be understood.

Without the lie, the US-NATO Israel military alliance has no leg to stand on. Iran does not constitute a threat to Global Security or to the security of Israel.

The antiwar movement must forcefully address the role of these lies and fabrications.

Without the Lie, the military agenda has no legitimacy in the eyes of public opinion.

The following text on the role of fake intelligence was written in November 2010. For the complete text click below: 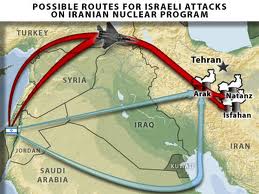 In November 2005, the New York Times published a report by William J. Broad and David E. Sanger entitled “Relying on Computer, U.S. Seeks to Prove Iran’s Nuclear Aims”. Washington’s allegations, reported in the NYT  hinged upon documents “obtained from a stolen Iranian computer by an unknown source and given to US intelligence in 2004”. (See Gareth Porter, Exclusive Report: Evidence of Iran Nuclear Weapons Program May Be Fraudulent, Global Research, November 18, 2010, emphasis added).

These documents included “a series of drawings of a missile re-entry vehicle” which allegedly could accommodate an Iranian produced nuclear weapon.

“In mid-July, senior American intelligence officials called the leaders of the international atomic inspection agency to the top of a skyscraper overlooking the Danube in Vienna and unveiled the contents of what they said was a stolen Iranian laptop computer.

The Americans flashed on a screen and spread over a conference table selections from more than a thousand pages of Iranian computer simulations and accounts of experiments, saying they showed a long effort to design a nuclear warhead, according to a half-dozen European and American participants in the meeting.

The documents, the Americans acknowledged from the start, do not prove that Iran has an atomic bomb. They presented them as the strongest evidence yet that, despite Iran’s insistence that its nuclear program is peaceful, the country is trying to develop a compact warhead to fit atop its Shahab missile, which can reach Israel and other countries in the Middle East.”(William J. Broad and David E. Sanger Relying on Computer, U.S. Seeks to Prove Iran’s Nuclear Aims – New York Times, November 13, 2005)

These “secret documents” were subsequently submitted by the US State Department to the International Atomic Energy Agency IAEA, with a view to demonstrating that Iran was developing a nuclear weapons program.

While their authenticity has been questioned on several occasions,  a recent article by investigative reporter Gareth Porter confirms unequivocally that the mysterious laptop documents are fake. The drawings contained in the documents do not pertain to the Shahab missile but to an obsolete North Korean missile system which was decommissioned by Iran in the mid-1990s.

How stupid! The drawings presented by US State Department officials pertained to the “Wrong Missile Warhead”:

In July 2005, … Robert Joseph, US undersecretary of state for arms control and international security, made a formal presentation on the purported Iranian nuclear weapons program documents to the agency’s leading officials in Vienna. Joseph flashed excerpts from the documents on the screen, giving special attention to the series of technical drawings or “schematics” showing 18 different ways of fitting an unidentified payload into the re-entry vehicle or “warhead” of Iran’s medium-range ballistic missile, the Shahab-3.

When IAEA analysts were allowed to study the documents, however, they discovered that those schematics were based on a re-entry vehicle that the analysts knew had already been abandoned by the Iranian military in favor of a new, improved design. The warhead shown in the schematics had the familiar “dunce cap” shape of the original North Korean No Dong missile, which Iran had acquired in the mid-1990s. …

The origin of the laptop documents may never be proven conclusively, but the accumulated evidence points to Israel as the source. As early as 1995, the head of the Israel Defense Forces’ military intelligence research and assessment division, Yaakov Amidror, tried unsuccessfully to persuade his American counterparts that Iran was planning to “go nuclear.” By 2003-2004, Mossad’s reporting on the Iranian nuclear program was viewed by high-ranking CIA officials as an effort to pressure the Bush administration into considering military action against Iran’s nuclear sites, according to Israeli sources cited by a pro-Israeli news service.” (Ibid)

Lies and Fabrications to Justify a Military Agenda

The laptop documents were essential to sustaining America’s position in the UN Security Council.

We are dealing with a clear case of fake intelligence comparable to that presented by Colin Powell in February 2003 on Iraq’s alleged weapons of mass destruction. The fake intelligence presented to the UN Security Council was used as a justification for the March 2003 invasion of Iraq.

“The evidence, or lack thereof, speaks for itself. In the months leading up to the war in Iraq, the Bush administration produced hundreds of pages of intelligence for members of Congress and for the United Nations that showed how Iraq’s President Saddam Hussein possessed tons of chemical and biological weapons and was actively pursuing a nuclear weapons program.

The intelligence information, gathered by the CIA and the Defense Intelligence Agency, a Department of Defense agency that gathers foreign military intelligence for the Pentagon, was used by the Bush administration to convince the public that Iraq posed a threat to the world.” (See Jason Leopold, Powell Denies Intelligence Failure In Buildup To War, But Evidence Doesn’t Hold Up, Global Research, 10 June 2003) 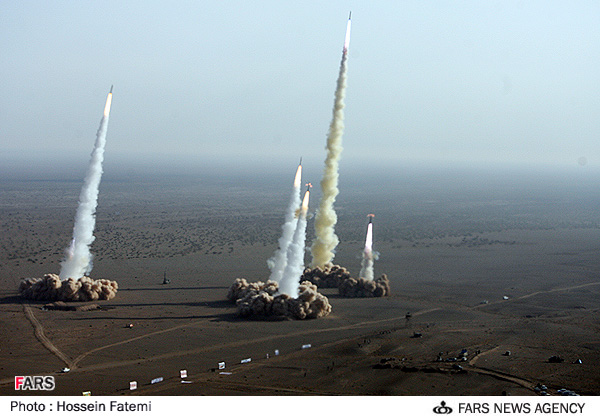