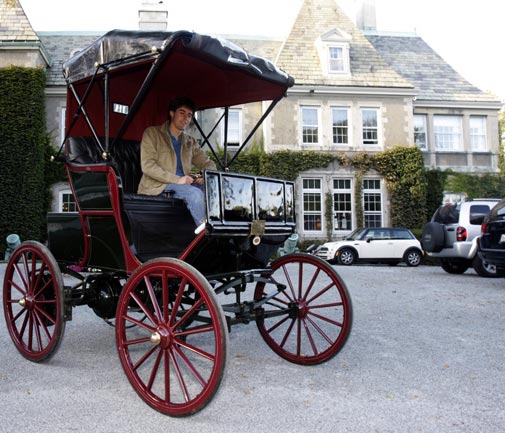 Like “green technology’s” most powerful proponent, President Barack Obama, the 1896 Roberts was made in Chicago. Obama, who supports the $7,500 tax credit for the Volt, is not fazed by its 40-mile electric limit — he only drove the car 10 feet.