Recovery is ‘The Greatest Depression’!

The one and only clearest indication of just how effective the recovery and QE2 in general has been, comes courtesy of the USDA, whose just released update of April participation in Supplemental Nutrition Assistance Program (SNAP), better known as “foodstamps”, shows yet another record, this time 44.647 million people, an increase from May’s 44.587 million. And after rising modestly in the last month, the average monthly benefit per household dropped again to a post April 2009 revision low of $282.38/month. 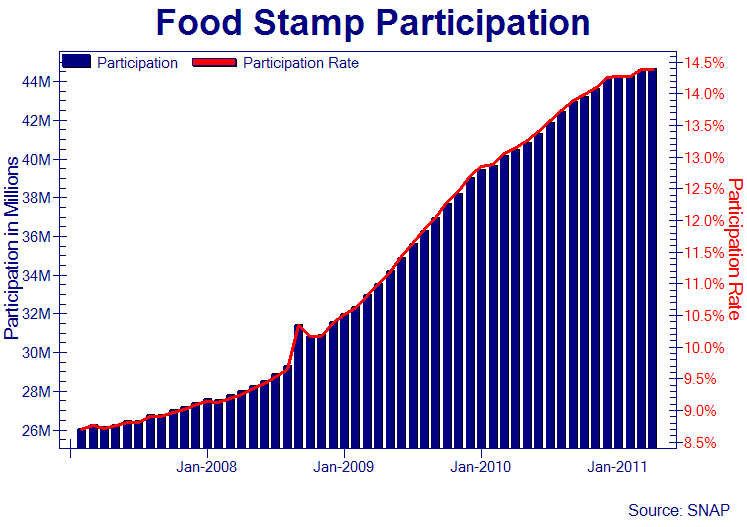