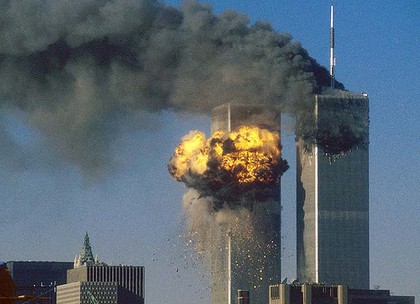 NEW YORK: Two defectors from Iran’s intelligence service have testified that Iranian officials knew in advance about the attacks of September 11, 2001, says a US court filing that seeks damages for Iran’s ”direct support for, and sponsorship of, the most deadly act of terrorism in American history”.

One of the defectors also claimed that Iran was involved in designing the attacks, the filing said. The defectors’ identities and testimony were not revealed in the filing but were being submitted to a judge under seal, said lawyers who brought the original suit against Iran on behalf of families of dozens of September 11 victims.

The suit says Iran and Hezbollah, the Lebanese militant group with close ties to Tehran, helped al-Qaeda with planning the attacks and with the hijackers’ training and travel. After the attacks, the suit says, Iran and Hezbollah helped al-Qaeda operatives and their families to escape, in some cases providing them with a safe haven in Iran.
The question of an Iranian connection to the attacks was raised by the national September 11 commission and has long been debated. Al-Qaeda, which adheres to a radical Sunni theology, routinely denounces the Shiite branch of Islam that holds power in Iran, and the terrorist network’s branch in Iraq has often made Shiites targets of bombings. But intelligence officials have long believed there has been limited, wary co-operation between al-Qaeda and Iran against the US as a common enemy.

The lawsuit also names as defendants Iranian officials and ministries, as well as Hezbollah, al-Qaeda and the Taliban, among others. The families’ lawyers have asked for a default judgment against the defendants, which have not responded to the suit. Even if there were such a judgment, legal experts say it would not be easy to collect monetary damages.

In their court papers, the lawyers assert that Imad Mugniyah, as the military chief of Hezbollah, was a terrorist agent for Iran, and that he travelled to Saudi Arabia in 2000 to help with preparations for the September 11 attacks.

Mugniyah, killed in 2008, had been accused by US officials of planning a series of terrorist attacks and kidnappings, including the bombings of the US embassy and marine barracks in Lebanon in 1983.

The September 11 commission report said there was ”strong evidence Iran facilitated the transit of al-Qaeda members into and out of Afghanistan before [the attacks], and that some of these were future [September 11] hijackers”.

But the commission said it had ”found no evidence that Iran or Hezbollah was aware of the planning for what later became” the September 11 attacks and that the ”topic requires further investigation by the US government”.