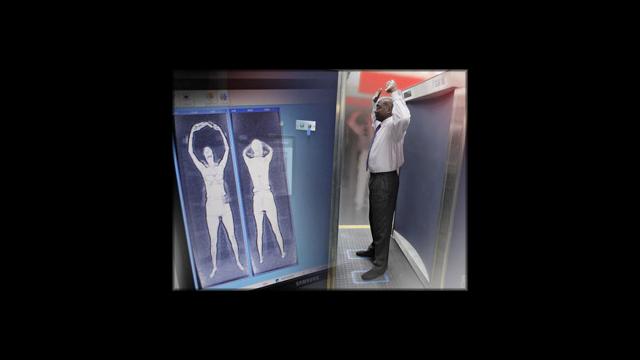 The Transportation Security Administration announced Friday that it would retest every full-body X-ray scanner that emits ionizing radiation – 247 machines at 38 airports – after maintenance records on some of the devices showed radiation levels 10 times higher than expected.

The TSA says that the records reflect math mistakes and that all the machines are safe. Indeed, even the highest readings listed on some of the records – the numbers that the TSA says were mistakes – appear to be many times less than what the agency says a person absorbs through one day of natural background radiation.

Even so, the TSA has ordered the new tests out of “an abundance of caution to reassure the public,” spokesman Nicholas Kimball says. The tests will be finished by the end of the month, and the results will be released “as they are completed,” the agency said on its website.

TSA officials have repeatedly assured the public and lawmakers that the machines have passed all inspections. The agency’s review of maintenance reports, launched Dec. 10, came only after USA TODAY and lawmakers called for the release of the records late last year.

The agency posted reports Friday from 127 X-ray-emitting devices on its website and said it would continue to release results from maintenance tests for the approximately 4,500 X-ray devices at airports nationwide. Those devices include machines that examine checked luggage. Of the reports posted, about a third showed some sort of error, Kimball said.

The TSA announced steps to require its maintenance contractors to “retrain personnel involved in conducting and overseeing the radiation survey process.”

Some lawmakers remain concerned, however.

The TSA “has repeatedly assured me that the machines that emit radiation do not pose a health risk,” Sen. Susan Collins, R-Maine, said in a written statement Friday. “Nonetheless, if TSA contractors reporting on the radiation levels have done such a poor job, how can airline passengers and crew have confidence in the data used by the TSA to reassure the public?”

She said the records released Friday “included gross errors about radiation emissions. That is completely unacceptable when it comes to monitoring radiation.”

U.S. Rep. Jason Chaffetz also was troubled by the information posted by the TSA. Chaffetz, R-Utah, chairs a House oversight subcommittee on national security and has sponsored legislation to limit the use of full-body scans. He has been pushing the TSA to release the maintenance records.

At best, Chaffetz said, the radiation reports generated by TSA contractors reveal haphazard oversight and record-keeping in the critical inspection system the agency relies upon to ensure millions of travelers aren’t subjected to excessive doses of radiation.

“It is totally unacceptable to be bumbling such critical tasks,” Chaffetz said. “These people are supposed to be protecting us against terrorists.”

In the past, the TSA has failed to properly monitor and ensure the safety of X-ray devices used on luggage. A 2008 report by the worker safety arm of the Centers for Disease Control and Prevention found that the TSA and its maintenance contractors had failed to detect when baggage X-ray machines emitted radiation beyond what regulations allowed. They also failed to take action when some machines had missing or disabled safety features, the report shows.

Chaffetz said the TSA’s characterization of the maintenance mistakes “sounds like an excuse rather than the real facts.”

“I’m tired of excuses,” Chaffetz said. “The public has a right and deserves to know. It begs the question, ‘What are they still not sharing with us?’ These are things you cannot make mistakes with.” Chaffetz said he expects to address some of his concerns during a hearing Wednesday.

The full-body scanners, called backscatter devices, are supposed to deliver only a tiny amount of radiation – about as much as an airplane passenger gets during two minutes of a typical flight.

Peter Rez, a physics professor at Arizona State University, said Friday he wanted to scrutinize the 2,000 pages of reports the TSA posted. He has expressed concerns about the potential for the scanners to break and the importance of proper maintenance and monitoring.

“Mechanical things break down,” Rez told USA TODAY in December. Rez also has voiced fears about the potential for a passenger to get an excessive dose of radiation or even a radiation burn if the X-ray scanning beam were to malfunction and stop on one part of a person’s body for an extended period of time.

He said Friday that the contractor mistakes TSA identified only heighten his concerns.

“What happens in times of failure, when they can give very, very high radiation doses. I’m totally unconvinced they have thought that through,” Rez said of the TSA. “I just see a large, bumbling bureaucracy. Of course it’s not very reassuring.”

The TSA’s Kimball disputed such characterizations.

“Numerous independent tests have confirmed that these technologies are safe, but these record-keeping errors are not acceptable,” he said. For instance, “the testing procedure calls for the technician to take 10 separate scans” for radiation levels, “add them up and then divide by 10 to take an average. They didn’t divide by 10,” Kimball said.

“We’re taking a number of steps to ensure the mistakes aren’t repeated,” he said, “and the public will be able to see for themselves by reviewing all future reports online.”

The TSA is responsible for the safety of its own X-ray devices. The U.S. Food and Drug Administration has said it does not routinely inspect airport X-ray machines because they are not considered medical devices. The TSA’s airport scanners are exempt from state radiation inspections because they belong to a federal agency.

Some of the records were written by employees of the machines’ maker: Rapiscan Systems. In a written statement, the company’s executive vice president, Peter Kant, said, “The mistakes were the result of calculating and procedural errors that were identified by Rapiscan management and have been corrected. In actuality, the systems in these airports have always been well below acceptable exposure limits.”

Rapiscan Systems said in a Dec. 15 letter to the TSA that company engineers who tested the backscatter machines were confused by inspection forms and instructions, leading them to make mistakes on the forms that vastly inflated the radiation emitted by the machines.

Rapiscan vowed to redesign its inspection forms and retrain its engineers.

The TSA released inspection reports from 40 backscatter machines, and reports for 19 of those machines had errors, including six that were deemed “considerable.”

“Independent third-party testing has confirmed that all TSA technology is safe,” Pistole said. “We are also taking additional steps to build on existing safety measures in an open and transparent way, including commissioning an additional independent entity to evaluate these protocols.”

– European Parliament Spent £600,000 On Six Body Scanners That Were Never Used Because MEPs Argued It Would Be An Infringement Of Privacy