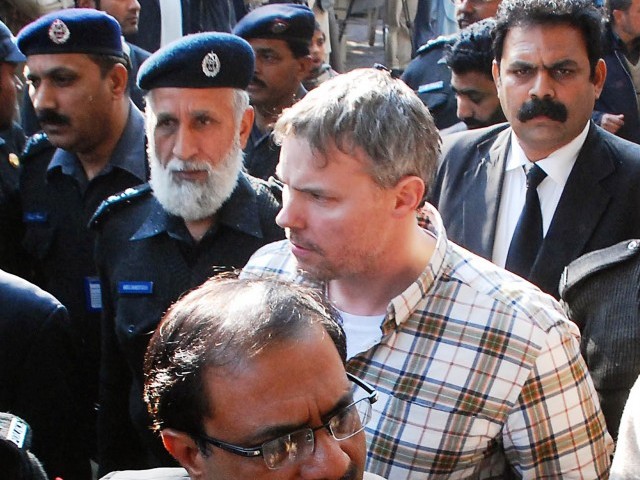 The two men gunned down by US national in Lahore were working for ISI which was tailing the American because he was spying and “encroaching on their turf”, according to a media report.

The two men gunned down by US national Raymond Davis in Lahore last month were working for ISI which was tailing the American because he was spying and “encroaching on their turf”, according to a media report. The two men were sent to track Davis by the ISI, which believed that he had crossed “a red line” and needed to be followed, four unnamed Pakistani officials were quoted as saying by ABC News. The men Davis shot had been following him for at least two hours and recorded some of his movements on their cell phone cameras, one of the Pakistani officials said.

In late January, Davis was asked to leave an area of Lahore restricted by the military, the officials said. Davis’ cell phone was tracked and some of his calls were made to the Waziristan tribal area, where the Pakistani Taliban and a dozen other militant groups have a safe haven, one official said. Pakistani intelligence officials saw Davis as a threat who was “encroaching on their turf,” the official was quoted as saying.

That the ISI sent the equivalent of “hired guns” to trail Davis is a sign that the relationship between the US and Pakistani intelligence agencies is at a “low point,” according to all four officials. US officials disputed the contention of the Pakistani officials, ABC News reported. Davis came to Pakistan on a diplomatic passport and is a “member of the technical and administrative staff” of the US embassy in Islamabad, American officials said.

“In public and in private, US officials say they do not believe reports that the two men Davis shot and killed were working for the ISI. They say the men had robbed another person before they approached Davis’ car,” the report said.

Davis was arrested after he shot and killed the two men in a busy area of Lahore on January 27. He claimed he acted in self-defence as the two armed men were trying to rob him.

Police found pistols on both the dead men, who were riding a motorcycle.

A third Pakistani man was killed when he was hit by a speeding US consulate vehicle rushing to aid Davis. The matter was further complicated after the widow of one of the men killed by Davis committed suicide.

Pakistani leaders have also rebuffed demands by the US for Davis to be released on the ground that he is a diplomat and enjoys immunity. President Asif Ali Zardari has said Davis’ case should be decided in court according to Pakistani laws.

The incident has caused further strain in the tumultuous relations between Pakistan and the US and could adversely impact the war on terror and American aid programmes, including military assistance of over two billion dollars a year.

Two unnamed officials close to Zardari were quoted by ABC News as saying that the White House has threatened to shut three US consulates in Pakistan and postpone the bilateral strategic dialogue as well as the Pakistan President’s upcoming trip to Washington.

A senior US official declined to comment on the consulates but “acknowledged that any meeting between the Pakistani and US governments would be dominated by the Davis case right now – making most bilateral meetings useless,” the report said.

Last weekend, Foreign Minister Shah Mahmood Qureshi did not attend an international security conference in Munich after Secretary of State Hillary Clinton cancelled a meeting with him on its sidelines.

In October, Pakistani intelligence helped reveal the name of the CIA station chief in Islamabad, forcing him to leave the country.

Davis has a US Special Forces background and runs Hyperion Protective Consultants, a company that provides “loss and risk management professionals”.

The US embassy in Islamabad has refused to respond to questions about why Davis was armed, who he had been calling or whether he was found in a sensitive part of the Lahore cantonment.

US officials, who denied that the men Davis shot were intelligence officials, believe he is being held despite his diplomatic immunity because of fears that releasing him might cause unrest in Pakistan.

Last Thursday, Davis appeared in court without a translator and without prior notice to the US. American officials said those events convinced them he “could not receive a fair trial in Pakistan.”

Source: The Times of India

1 thought on “The Two Men Killed By US Embassy Official In Lahore Worked For ISI: Report”