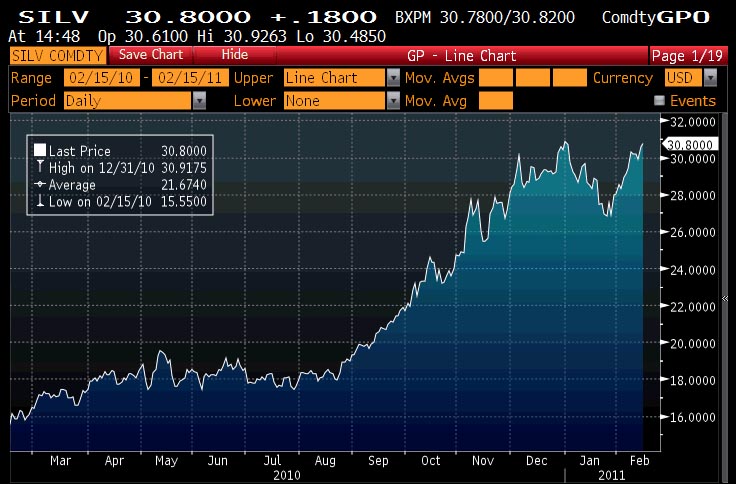 Now that we know that JPM had a statistically impossible 97% win track record in 2010, we can’t help but drool in jealousy. However, we wouldn’t be doing our journalistic duty if we didn’t inquire just how much did JPM brush under the rug on their underwater gold and silver short exposure, and whether or not Blythe Masters’ bank is even accounting under GAAP for the now documented price suppression scheme?

After all, Blythe is the master brain behind such no margin “bearish exposure” products as CDS – it would be only logical that she discovered some way to make her massive paper silver short carried on the books at a minute fraction of gross notional exposure.

Furthermore, it is no wonder that today Gary Gensler demanded a pound of flesh for his kickbacks to the banker lobby which allowed JPM to be grandfathered in with their huge short positions (claiming the CFTC would need to fire hundreds of worthless staffers if the corrupt agency’s 2011 budget wasn’t lifted, despite O’Malia’s protest).

We ask all this because despite all the unprecedented manipulation: the close banging, the paper shorts, the AM-PM session divergence, silver is now at $30.80, and is just 12 cents away from its post-Hunt Brothers record close, which was printed on New Year’s Day at $30.92.