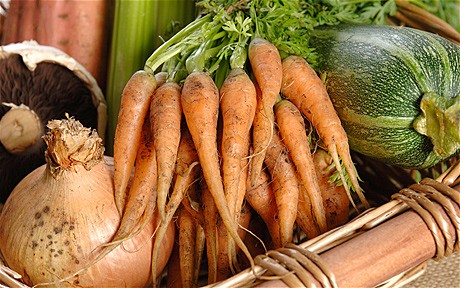 Parents were quizzed about the types and frequency of the food and drink their children consumed when they were three, four, seven and eight and a half years old Photo: ALAMY

Toddlers fed a diet packed high in fats, sugars, and processed foods had lower IQs than those fed pasta, salads and fruit, it was found.

The effect is so great that researchers from the University of Bristol said those children with a “healthier” diet may get an IQ boost.

Scientists stressed good diet was vital in a child’s early life as the brain grows at its fastest rate during the first three years of life.

This indicated head growth at this time is linked to intellectual ability and “it is possible that good nutrition during this period may encourage optimal brain growth”.

Scientists tracked the long term health and wellbeing of around 14,000 children born in 1991 and 1992 as part of the West Country’s Avon Longitudinal Study of Parents and Children (ALSPAC).

Parents were quizzed about the types and frequency of the food and drink their children consumed when they were three, four, seven and eight and a half years old.

They were marked on a sliding scale which ranged from minus two for the most healthy to 10 for the most unhealthy.

IQ was measured using a validated test – the Wechsler Intelligence Scale for Children – of 4,000 children when they were eight and half years old.

The results found after taking account of potentially influential factors, a predominantly processed food diet at the age of three was associated with a lower IQ at the age of eight and a half, irrespective of whether the diet improved after that age.

Every 1 point increase in dietary pattern score was associated with a 1.67 fall in IQ.

On the other hand, a healthy diet was associated with a higher IQ at the age of 8.5, with every one point increase in dietary pattern linked to a 1.2 increase in IQ. Dietary patterns between the ages of four and seven had no impact on IQ.

Although a modest increase, the scientists said the study’s findings were in line with previous ALSPAC research that linked early childhood diet and later behaviour and school performance.

Dr Kate Northstone said: “This suggests that any cognitive and behavioural effects relating to eating habits in early childhood may well persist into later childhood, despite any subsequent changes – including improvements – to dietary intake.

She noted the brain grows at its fastest rate during the first three years of life – indicating that head growth at this time is linked to intellectual ability.

She added: “It is possible that good nutrition during this period may encourage optimal brain growth.”

The findings were published in the Journal of Epidemiology and Community Health.