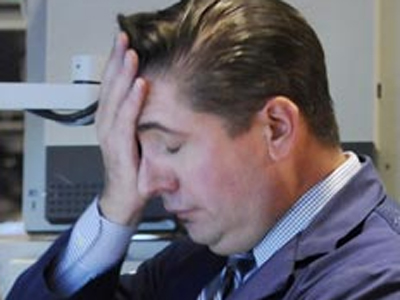 The more you read the news today the more likely you are to get really mad. The world is becoming an incredibly crazy place, and at times the amount of bad news that is coming out can seem almost overwhelming.

Everywhere you look, the poor are being oppressed, our politicians are making stupid decisions and evil is on the march.

In fact, it seems like almost everything that our leaders actually do “accomplish” only makes things worse. The vast majority of Americans are quite busy being entertained by “bread and circuses”, but meanwhile our country is literally falling apart.

1. Since the Federal Reserve was created in 1913, the U.S. dollar has declined in value by over 95 percent

3. Japan now manufactures about 5 million more automobiles than the United States does

5. The U.S. government currently owes China 895 billion dollars and we are constantly sending government officials over there to beg them to lend us even more money

“The Fed, like every other central bank, is powerless to prevent fluctuations in the cost of living and increases of individual prices. We do not produce oil. Nor do we grow food or provide health care. We cannot prevent the next oil shock, or drought, or a strike somewhere —events that cause prices of certain goods to rise and change your cost of living.”

In a recent interview, Donald Rumsfeld said that he takes “great pride in the structures that the Bush administration put in place that this Obama administration criticized and ran against and now have retained: military commissions and indefinite detention and (the prison at) Guantanamo Bay, Cuba.”

11. The number of net jobs gained by the U.S. economy during this past decade was less than during any other decade since World War 2

12. The Obama administration and the Federal Reserve are both declaring that the U.S. economy is in recovery mode, and yet an all-time record of 43.6 million Americans were on food stamps during the month of November

13. According to a report published in The American Journal of Medicine, medical bills are a major factor in more than 60 percent of the personal bankruptcies in the United States
Of those bankruptcies that were caused by medical bills, approximately 75 percent of them involved individuals that actually did have health insurance.

14. A Super Bowl television ad that encouraged people to look up John 3:16 was rejected by Fox Sports because they felt that it was “too offensive”

15. In Houston, Texas a couple named Bobby and Amanda Herring that had been feeding homeless people for over a year has been banned by the city from doing so

They were told that they needed a permit to feed the homeless and city officials say that they are not going to get one.

16. A study by the World Institute for Development Economics Research found that the bottom half of the world population owns approximately 1 percent of all global wealth

17. Approximately 1 billion people throughout the world go to bed hungry each night

19. An increasing number of investors are betting that the U.S. government will default on its debt

In fact, trading of U.S. credit default swap contracts has more than doubled over the last several weeks.

20. The fastest growing portion of the federal budget is interest on the national debt