State after state will go bankrupt, asking the even more bankrupt federal government for a bailout. 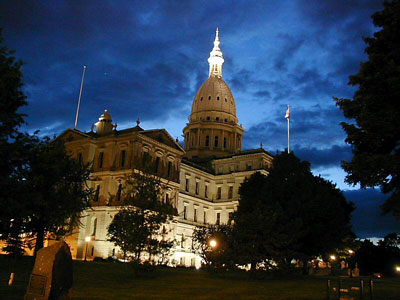 Dozens of Michigan’s municipalities and school districts could soon face major financial problems and an unnamed handful are on the brink of becoming insolvent, warns State Treasurer Andy Dillon.

To prepare for the onslaught, the state treasurer’s office will start training 50 emergency financial managers this week to help the state cope with an expected rise in communities facing financial collapse. The training will focus on helping local governments avoid a state financial takeover while emphasizing early intervention, Bond Buyer reports.