Russia, China, the EU and allies among the Arab and developing world offered all-expenses-paid visit 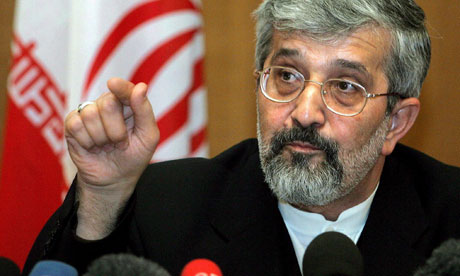 Iran has invited Russia, China, the EU and its allies in the Arab world and developing world to tour its nuclear sites, in an apparent move to gain support prior to a fresh round of talks with six world powers.

In a letter made available yesterday to Associated Press, senior Iranian envoy Ali Asghar Soltanieh suggested the weekend of 15 January for the tour, and said meetings “with high-ranking officials” were envisaged.

While no reason was given for the timing of the offer, it comes weeks before Iran and the six powers follow up on recent talks that ended with agreement on little else but to meet again.

The new talks, between Tehran and the permanent security council members plus Germany, are tentatively set for Istanbul in late January.

Diplomats from delegations who met with Iran during the December talks in Geneva said Tehran had made no commitments to talk about security council demands that it freezes uranium enrichment – which can turn out both fuel and fissile warhead material.

The offer of a visit comes more than three years after six diplomats from developing nations accredited to the International Atomic Energy Agency (IAEA) visited Iran’s uranium ore conversion site at Isfahan, which turns raw uranium into the gas that is fed into enriching centrifuges.

The new offer appeared more wide-ranging, both for those invited and sites to be visited. Dated 27 December, the letter offered no details beyond an all-expenses-paid “visit to Iran’s nuclear sites.”

A diplomat familiar with its contents said it was sent to Russia, China, Egypt, the group of nonaligned nations at the IAEA, Cuba, Arab League members at the IAEA, and Hungary, as the current president of the EU. The US, the greatest critic of Iran’s nuclear ambitions, was not invited.

The diplomat, who is accredited to the IAEA, also told the AP that Bushehr and Natanz were the venues to be toured and that meetings were planned with acting foreign minister Ali Salehi, the head of Iran’s atomic agency and Saeed Jalili, Tehran’s chief nuclear negotiator. He asked for anonymity because his information is privileged.

Ehab Fahzy, Egypt’s ambassador to Austria and its chief delegate to the IAEA, told AP he was awaiting instructions from Cairo. Officials from the other invited nations or groups were not answering telephones after office hours, while Soltanieh declined to comment.