The Bank of England created all this inflation with QE:

Just exchange the Fed with the BoE and ‘THE BEN BERNANK’ with ‘THE MERVY KING’.

Interest rates will have to rise almost sixfold over the next two years to cope with rising inflation, business leaders have warned. 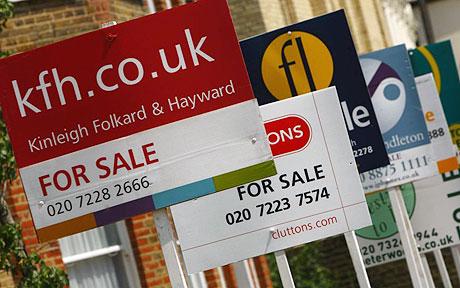 It will bring financial pain to seven million home owners with floating interest rates who will see a jump of almost £200 on a typical monthly mortgage payment.

Charities have already warned that repossessions are likely to rise next year and the threat of a succession of quick interest rate rises will exacerbate their fears.

The Confederation of British Industry predicts that higher than anticipated rises in the cost of living will push the Bank of England (BoE) to begin increasing interest rates in the spring.

It predicted that the Bank base rate – the interest rate at which the BoE lends to other banks – will rise more than two percentage points by the end of 2012. Mortgage rates are expected to follow closely behind.

“Many households have been benefiting (from the low interest rates) in terms of mortgage payments, but that will start to turn over the next couple of years,” said Lai Wah Co, the CBI’s head of economic analysis.

The organisation predicts that the Consumer Prices Index, the Government’s preferred measure of inflation, will reach 3.8 per cent within the first three months of next year and that it will still be well above the Bank’s 2 per cent target two years from now. It currently stands at 3.3 per cent.

The CBI expects interest rates to climb from their record low level of just 0.5 per cent in the second quarter next year.

It forecasts rates will rise 0.25 percentage points each quarter before the pace doubles in the middle of 2012 to 0.5 point increases, taking the bank rate to 2.75 per cent by that year’s end.

Last week, the Bank of England warned in its Financial Stability Report that two thirds of borrowers are now on floating interest rate deals and the proportion is rising. At the height of the credit crisis in 2007, the proportion stood at less than half of all outstanding mortgages.

In another blow for home owners, economists predict that the average value of a home in Britain will lose 10 per cent of its value from their peak levels earlier this year to the end of 2011.

The house price gains seen at the beginning of this year have already been wiped out, according to Nationwide.

The CBI expects inflation as measured by the retail prices index – which includes more housing costs – will follow an even higher path than CPI, reaching 5 per cent at the start of next year.

The CBI said it had raised its quarterly forecasts to take into account the “persistent strength” of energy and commodity prices.

Tim Moore, an economist at research group Markit, said: “December brings to a close another difficult year for household finances. The UK economy looks to have avoided a double-dip recession in 2010, but there is little evidence that household finances have even begun to recover. People have seen their spending power gradually eroded by stubbornly high inflation throughout the year and little in the way of income growth to compensate for this.”