TEHRAN (Reuters) – Two car bomb blasts killed an Iranian nuclear scientist and wounded another in Tehran on Monday in what Iranian officials called an Israeli or U.S.-sponsored attack on its atomic programme. 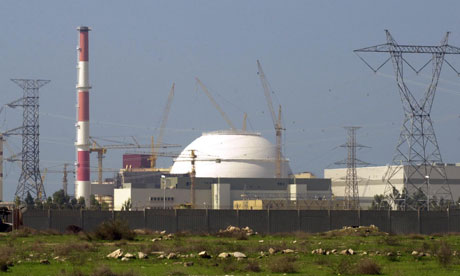 Attackers riding on motorcycles attached the bombs to the car windows of the scientists as they were driving to their workplaces this morning, the station’s website said.

One bomb killed Majid Shahriari, a member of the nuclear engineering faculty at the Shahid Beheshti University, in Tehran. His wife, who was in the car with him, was wounded.

The second blast seriously wounded the nuclear physicist Fereidoun Abbasi,52, also a professor at Shahid Besheshti University, and his wife. Confusion surrounded reports of a third explosion. Javanonline, a newspaper website close to the Revolutionary Guards reported that another explosion in Tehran killed two people but semi-official news agency Fars published an interview with Tehran’s chief of police insisting there had only been two blasts.

State TV swiftly blamed Israel for the attacks. The attackers were described as “unknown terrorists” by Press TV, the English language news network controlled by the Iranian government.

Fars reported: “American and the Zionist regime’s agents carried out two assassinations against two basiji professors of Shahid Beheshti university, one has been martyred and the other one has been severely injured along with his wife.” The Basij militia is a voluntary force supervised by the Revolutionary Guards.

At least one other Iranian nuclear scientist has been killed in recent years, in an attack similar to today’s. Iran has said it suspects the attacks were part of a covert attempt by the west to undermine the country’s nuclear programme.

A pro-government website, mashreghnews.ir, said Abbasi held a PhD in nuclear physics and a laser expert at Iran’s defence ministry. He was one of only a few top Iranian specialists in nuclear isotope separation, the site said. It added that Abbasi had long been a member of the Revolutionary Guard, the country’s most powerful military force. He was also a lecturer at Imam Hossein University, which is affiliated to the Revolutionary Guard.

Mashreghnews.ir reported: “Dr Fereydoun Abbasi’s name was mentioned in UN security council 1737 resolution as a person linked to Iran’s nuclear activities and this shows they [Americans and Israelis] were planning to assassinate him from [a] long time ago.”

The website said Shahriari was an expert in elementary particle physics and had designed “the new generation of theoretical nuclear reactors”. Both scientists were members of the central committee of Iran’s nuclear association.

Some Iranian media reported Abbasi as having died after he was transferred to hospital but the Mehr news agency said he had been released from hospital and was in good shape and health.

The attacks bore close similarities to another, in January, that killed the Tehran University professor Masoud Ali Mohammadi, a senior physics tutor. He died when a motorcycle fitted with a bomb exploded near his car as he was about to leave for work. The attacks came as the leak of more than 250,000 classified cables from US embassies revealed that King Abdullah of Saudi Arabia has repeatedly urged the United States to destroy Iran’s nuclear programme.

Iran maintains that its atomic programme is designed to supply power stations rather than to build nuclear warheads. A fresh round of talks with the five permanent members of the UN security council, plus Germany, is due to begin on 5 December.