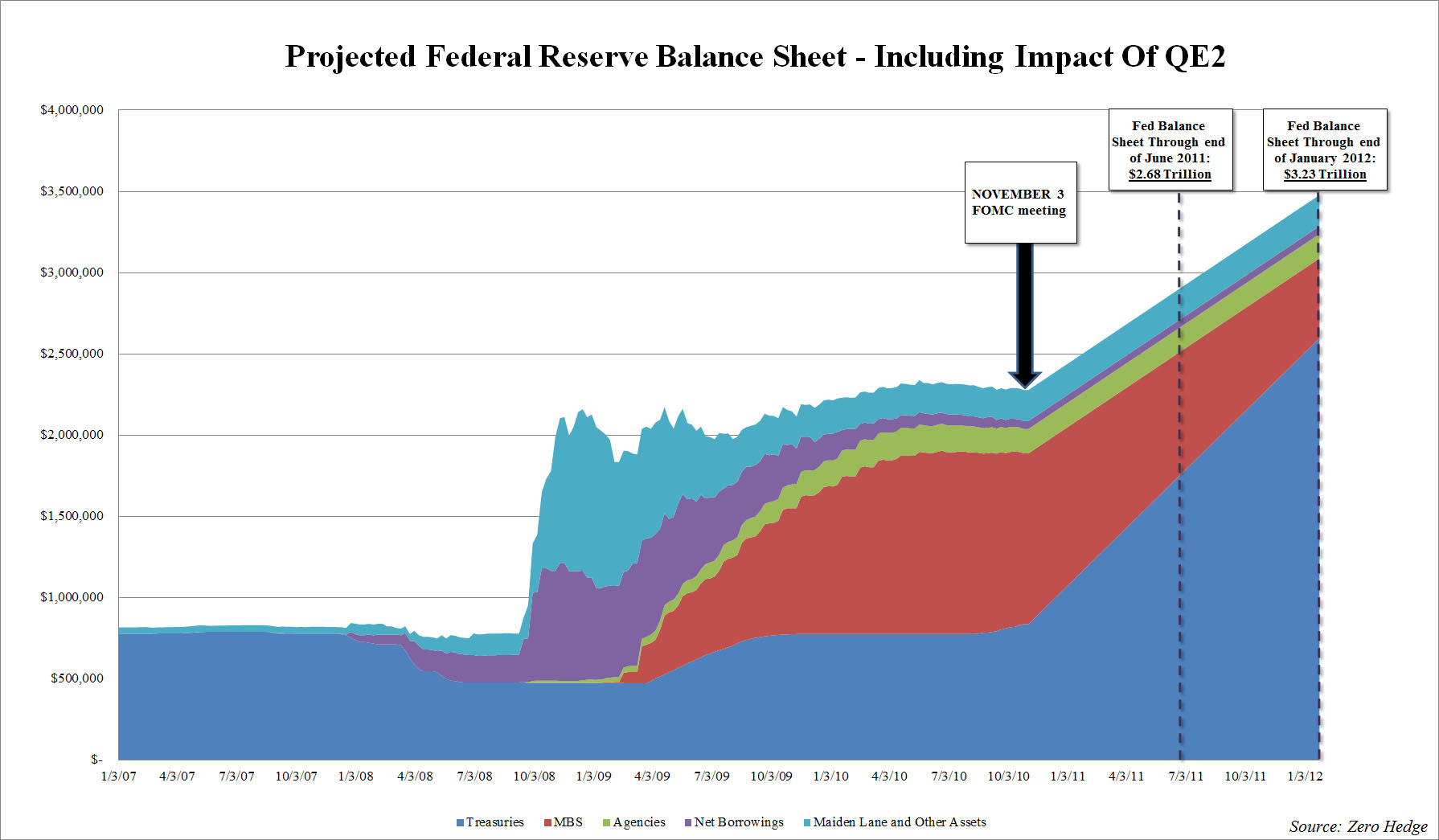 As is all too well known by now, starting over the next few days, the Fed will commence purchasing $75 billion in Treasury securities monthly until the end of June, and will buy an additional $35 billion in Treasurys to make up for declining holdings of MBS (due to repurchases).

We still believe that as a result of the imminent drop in rates (especially those around the curve belly), as we have claimed for over a month, the feedback loop that will be created will result in a far greater repurchase frequency of MBS securities over the next 8 months, and we would not be surprised if at some point in Q2 2011, the Fed is buying $150 billion in Treasurys monthly.

Since nobody will believe this until it is actually confirmed by the H.4.1., we will leave this topic alone for the time being. And after all its will “only” mean a rotation of Fed holdings, a switch in duration, and an impact on the shape of curve. What is certain is that on June 30, the Fed’s balance sheet will have $2.68 trillion (or more) in holdings, of which $1.77 trillion will be in Treasurys, compared to the $840 billion today.

What is also certain is that the Fed will not be able to stop there. Which is why we have extended the projection period through January 2012. At that point the Fed will hold $2.6 trillion in US Treasuries, or roughly 25% of total US marketable debt at that point.

And for those who collect now completely irrelevant statistics, the Fed will surpass China’s $868 billion in UST holdings before the end of November. Yes, ladies and gentlemen, shit just got real.

Incidentally, nowhere do we assume that the Fed will have launched QE 3, 4, and so forth, over the next 12 months, even though we now estimate the probability of America becoming an exponentially self-monetizing, Weimar-type case study in hyperinflation at over 50%.

1 thought on “Federal Reserve Will Surpass China As Top Holder Of US Debt By The End Of The Month: Shit Just Got Real!”