Aid workers fear thousands of Roma will be left homeless 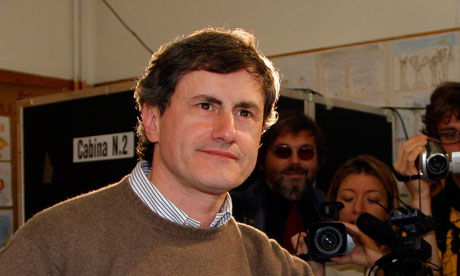 Plans by Rome city officials to demolish up to 200 illegal Gypsy camps this week have raised fears by aid workers that thousands of Roma, including women and small children, will be forced on to the streets.

In the wake of France’s controversial repatriation of Romanian Gypsies last month, Italian police backed by bulldozers will raze rudimentary camps in Rome built beneath flyovers and in wasteland, often by Romanian migrants.

Rome’s mayor, Gianni Alemanno, has cited the recent death of a Romanian child during a fire in one of the camps as an incentive for their demolition. “These are the terrible risks and dramas of the illegal camps that have existed in Rome for too long,” he said.

Sveva Belviso, Alemanno’s social policy assessor, said fewer than 1,000 people people were due to be evicted. “We will offer assistance to the young, old and sick,” she said.

But the Red Cross warned that many more faced sleeping rough and losing their possessions.

“The number is in fact likely to be over 1,000 and with the city’s financial straits and overflowing accommodation I wonder where they will put up and feed these people,” said Mario Squicciarini. “What is worse is that when the bulldozers go in they often do not give you time to get your possessions out.”

Puscia, 30, a Romanian mother who has lived at an illegal camp on Via Magliano Vecchia for two years, said she would lose her job as a school cook if her home was knocked down.

“Including my two kids, there are 100 children at this camp who go to school, so people here are really anxious,” she said.

“If they demolish the camp I would be ashamed to live like a rat and would probably go back to Romania,” she added.

Rome is launching its crackdown as it prepares 12 new and refurbished official camps on the outskirts of the city which officials claim will host 6,000 of the 7,000 Gypsies now living in Rome. About 2,500 of those are of Bosnian origin, 2,000 Romanian and only around 500 Italian, said Belviso.

“Twenty per cent of the adults have records for crimes like drug dealing, possession of arms, rape and armed robbery and we are pushing for their expulsion,” she said.

Italian interior minister Roberto Maroni has said he is also pushing the EU for permission to expel any law-abiding EU citizens, including Gypsies, who do not have work or accommodation and who are claiming benefit.

He has backed France’s crackdown on Gypsies, stating that Nicolas Sarkozy was “doing nothing more than copying Italy“.

Alemanno, a former neo-fascist, has said voluntary repatriation for Gypsies had been tried “and has not solved the problem.” Gypsies leaving France were now settling in camps in Rome, he said last week.