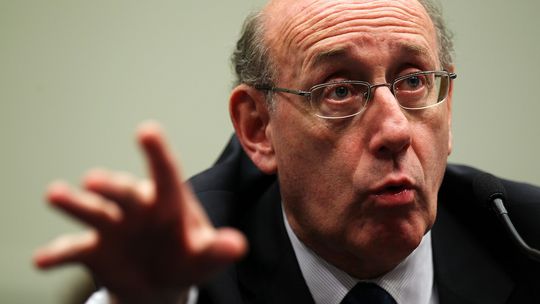 BP’s $20bn (£12.9bn) compensation and clean-up fund officially opened for business on Monday as Ken Feinberg, the man in charge of the process, said he was behind a decision to limit successful claimants from suing the British oil giant.

Mr Feinberg, who is administering the new Gulf Coast Claims Facility (GCCF), took responsibility for the controls on the rights of claimants, after the company was initially criticised for the decision.

President Barack Obama’s former pay tsar took over the process from BP, which had been handling the flood of claims since the April 20 explosion of the Deepwater Horizon oil rig.

He told the US Congress last week that his aim was to stop people who feel they have been hurt financially by the spill from “going to court”.

“I want people coming to the fund. Why should a claimant spend five years in court… and owe money to a lawyer rather than come into the Gulf Coast claims facility?” Mr Feinberg told a US House of Representatives’ committee.

BP paid out $368m to claimants before handing responsibility to the GCCF, which will use money placed into an escrow account by the oil company.

Mr Feinberg said his main aim is “to help people on the path to rebuilding their lives”. He vowed, that after receiving appropriate claim forms and supporting documentation, the GCCF would issue emergency six-month cheques within 48 hours for individuals and seven days for businesses.

Meanwhile a federal panel charged with finding the causes of the Deepwater Horizon explosion resumed yesterday after a month’s break. Neil Cramon, the BP official in charge of identifying risks on offshore operations in the Gulf, admitted he had barely had any contact with Paul Johnson, the manager of the Deepwater rig who works for contractor Transocean.

Mr Cramon also testified that captains of rigs like the Deepwater Horizon are ultimately responsible for crew safety and environmental matters, but are not always involved in decisions about how to deal with drilling operations and potential risks. 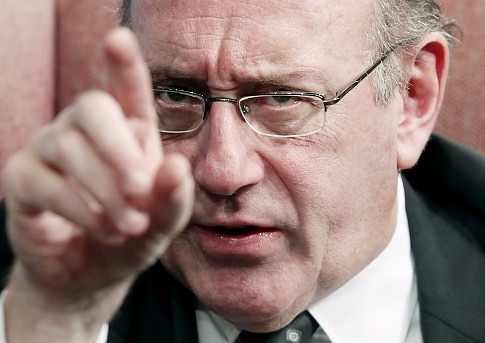 (AP) — The new administrator for damage claims from Gulf oil spill victims said Sunday it was his idea, not BP’s, to require that anyone who receives a final settlement from the $20 billion compensation fund give up the right to sue the oil giant.

But Ken Feinberg told reporters that he has not yet decided whether the no-sue requirement will extend to other companies that may be responsible for the worst offshore oil spill in U.S. history.

He insisted that payouts from the claims facility he will run will be more generous than those from any court. Feinberg also ran the government compensation fund created after the 9/11 attacks, and there was a similar no-sue provision.

“It is not in your interest to tie up you and the courts in years of uncertain protracted litigation when there is an alternative that has been created,” Feinberg said.

Any individual or business that receives a short-term emergency payment — one to six months — from the oil spill claims facility that launches Monday will still be able to sue BP.

Hundreds of lawsuits have already been filed by spill victims.

Feinberg said BP, which had been handling claims up until this point, has paid out roughly $375 million in claims since the April 20 rig explosion on the Gulf of Mexico that killed 11 workers and spewed 206 million gallons of oil from BP’s runaway undersea well.

The latest guidelines for the victims compensation fund say the nearer you are geographically to the oil spill and the more closely you depend on the Gulf of Mexico’s natural resources, the better chance you have of getting a share of the money.

Feinberg said that the most “problematic” claims will be from people who work in the tourism business, especially hotels.

“I’m going to have to draw some tough lines,” Feinberg said.

The new claims facility run by Feinberg will take over from BP the processing of claims by individuals and businesses. If a person filed a claim with BP that has not been resolved yet, they must file a new claim form with Feinberg, but any supporting documentation they previously submitted will be automatically forwarded.

If a person received money from BP, they can get up to six additional months of compensation from the new claims facility. If they got nothing from BP, they can refile their claim with the new facility and have it reviewed again.

Feinberg, who was picked by President Barack Obama to operate the oil spill fund, said that in the next few weeks he would release details on how much he is being paid for his work. He declined a request by an Associated Press reporter on Sunday to declare how much he has been paid to date.

A temporary cap placed on the runaway well in mid-July has kept any more oil from spewing. The final sealing of the well should take place after Labor Day. Engineers are preparing to first remove the failed blowout preventer — a key piece of evidence — and replace it with another one. After that, they will complete the drilling of a relief well, then will plug the runaway well for good by pumping mud and cement into the bottom.